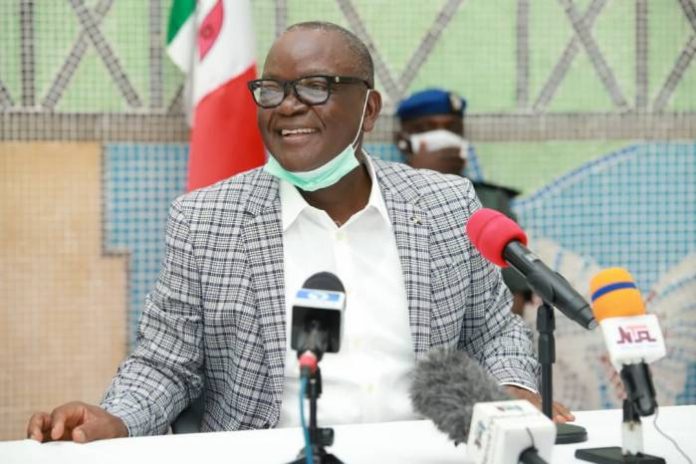 Governor Samuel Ortom of Benue state, on behalf of the government and people of Benue State, has congratulated Governor Godwin Obaseki on his victory at the just concluded Edo State governorship election.

Ortom in a press statement signed by his Chief Press Secretary, Terver Akase described Governor Obaseki’s victory as a true reflection of the wishes of Edo people and not the machinations of some individuals and self-made gods.

Gov. Ortom commended the dogged determination of Gov. Obaseki to overcome intimidation and uphold the mandate his people popularly gave him.

He also congratulated the people of Edo State, Peoples Democratic Party (PDP) and Rivers State Governor, Nyesom Wike who was the Chairman of PDP Campaign Team for the 2020 Edo Governorship election.

He said the Independent National Electoral Commission (INEC), also deserved plaudits for the credible conduct of the polls without yielding to pressure to thwart the will of the people

Ortom prayed God to continue to guide his Edo State counterpart to enable him serve his people in the second term.