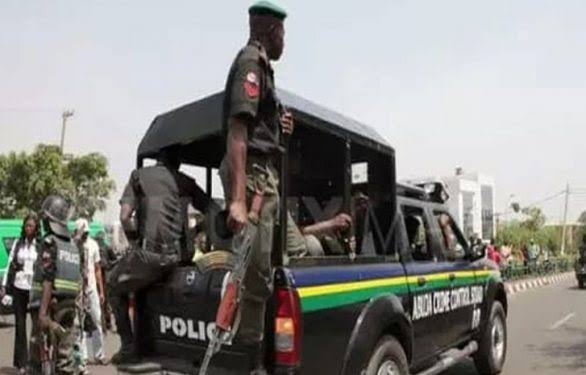 The Jigawa Police Command, has confirmed that its patrol vehicle hit and killed a pedestrian, Hauwa Danladi-Turis, and injured four others in Malammadori Local Government Area (LGA) of the state.

Spokesman of the Command, SP Abdu Jinjiri, told the News Agency of Nigeria (NAN), in Malammadori, that the incident occurred on Friday.

Jijiri said the incident occurred when the vehicle carrying two policemen chased and rammed into a suspected car.

“The policemen on duty chased the suspected car and rammed it from the rear after the driver tried to escape.

“In the ensuing commotion, the girl was hit and killed, while four others were injured.

“Unfortunately, irate youths in the area took advantage of the situation and set ablaze the two vehicles at the scene,” he said.

Jinjiri said the policemen involved were currently in detention and investigation on the incident was ongoing.

An eyewitness, Hamza Bello, however, told NAN that eight persons were injured in the incident.

“At about 8:00 p.m. last night, a police patrol vehicle engaged a Golf car on a high speed chase from Hadejia Road up to UBA.

“The car, which carried bags of maize and pepper, summersaulted near Malammadori Motor Park, injuring five persons that boarded it and three motorcyclists by the road side,” he said.

Reacting to the incident, the Council’s Chairman, Bako Kashindila, appealed for calm considering the outrage resulting from the incident.

Kashidila said the council would ensure that such recklessness was investigated and justice done to the family of the deceased.