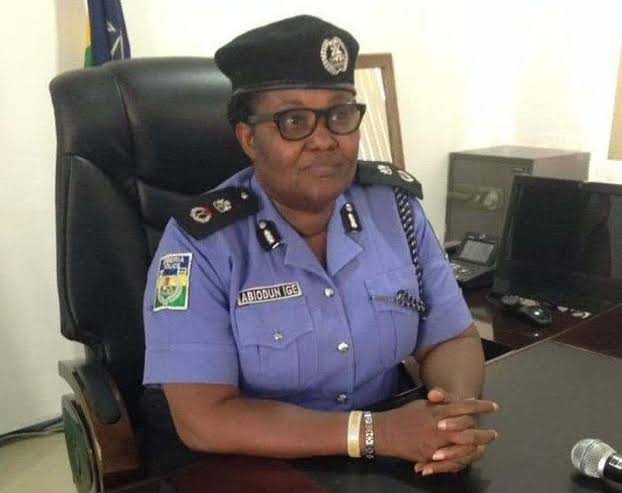 The Commissioner of Police, Osun State command, CP Undie Adie, escaped death at the weekend following the involvement of his convoy in a motor accident along the Enugu – Abakaliki Express way in Ebonyi State.

The CP was returning from Cross River State where he attended a burial over the weekend when a Toyota Corolla car rammed into his convoy.

The police chief sustained a fracture on his leg as a result of the accident and is currently receiving treatment at the Ebonyi State Police Command Clinic.

Although it was alleged that the driver abandoned his car and ran away, a source who spoke with News Express on Tuesday afternoon disclosed that the said driver is receiving treatment at the Federal Teaching Hospital Abakalik (FETHA 2).

The Police Public Relations Officer, Ebonyi Command, DSP Loveth Odah, who confirmed the story, said the CP is in a stable condition and that efforts are on-going to arrest the driver.

Her words: “At about 2:50p.m., the Commissioner of Police of Osun State who visited Cross River State for burial was on his way going back.

“On reaching Abakaliki/Enugu Expressway by EcheMass filling station on his convoy, one Toyota Corolla car with registration number KSF 76FW lost control while negotiating into the express road, rammed into the Commissioner of Police Osun State Command, CP Undie Adie, who was returning to Osun from Cross River State where he attended a burial ceremony.

“Then, he was admitted to our own hospital – that is, police clinic here in Abakaliki. He had a little fracture on his legs as a result of the accident and the driver of that Corolla car ran away; he absconded immediately after the accident and has not been seen.

“Effort is on to arrest the fleeing Corolla car driver. We have gone to the necessary offices, ministries to get to the owner of the vehicle and as soon as we see him, we will arrest him.

“The Osun CP is still in the hospital. He has been checked. Ebonyi State Commissioner of Police, CP Philip Maku, visited the Osun CP yesterday and today. So, Osun CP is in stable condition – just that he has fractured.”