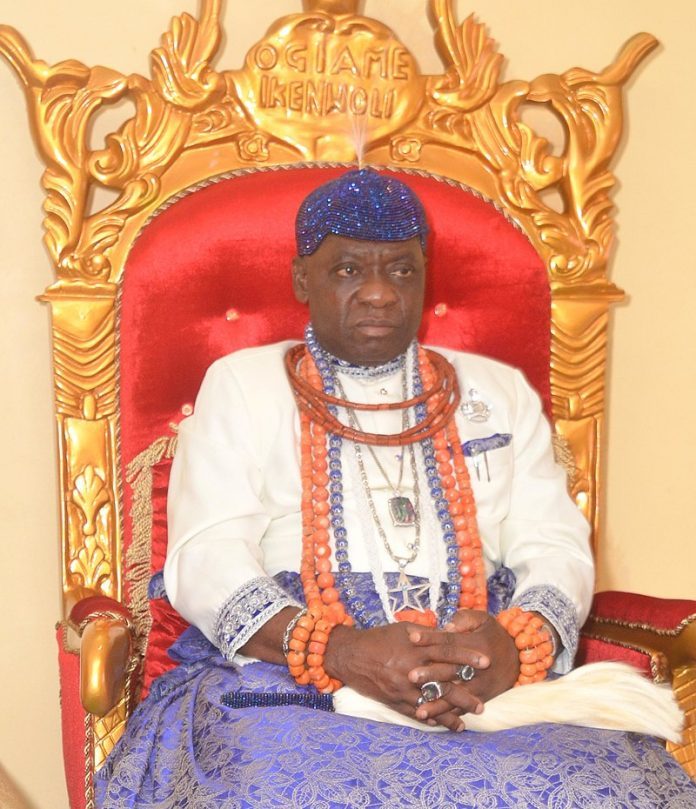 According to the Nation, sources said he joined his ancestors on Sunday night.

However, no palace official was willing to confirm the demise of the foremost traditional ruler until the traditional rites have been complied with.

There was also no statement from the palace.

The Nation quoted a palace official contact as saying: “We have not been authorised to speak on such issue.”

He was said to have met with the late Major General John Irefin, who died earlier this month from COVID-19 complications.

At markets and other public places in Warri, residents were seen in clusters discussing the issue in hushed tones.

Their mood showed that something untoward had happened but activities around the palace appeared normal.

The Olu celebrated his fifth anniversary on the throne about a few days ago.

Ogiame Ikenwoli was born on March 19, 1955 to Olu Erejuwa II who reigned between 1951 and 1986. Ikenwoli, the  20th Olu of Warri, succeeded his younger brother, Ogiame Atuwatse II, on December 12, 2015 at an elaborate ceremony at Ode-Itsekiri, the ancestral home of the Itsekiri.