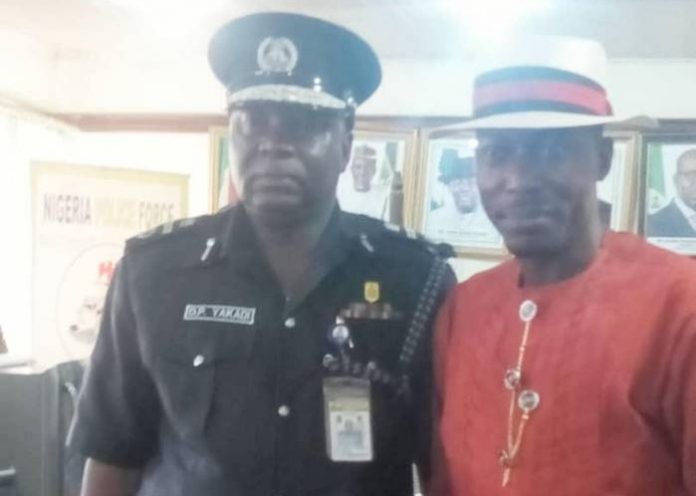 Mr. Daniel Ezekiel, Senior Special Assistant to Governor Ifeanyi Okowa of Delta State, has said that peace is necessary if there will be progress and development in the country.

Ezekiel stated this at the weekend when he paid a courtesy visit to Assistant Inspector General of Police (AIG), Zone 5, Dibal Yakadi, in his office in Benin City, the Edo State capital.

He maintained that without peace in the state, investors would be scared to put in their money, a development which would lead to social vices, joblessness and hardship.

He lamented that some misguided youths had been latching on the prevailing economic situation to make quick money, leading to high rate of kidnapping and internet fraud in the country.

Ezekiel commended the AIG for putting in place necessary structures to combat crime in Edo, Delta and Bayelsa states, his area of jurisdiction, especially kidnapping, which he stressed, had been rampant there.

He explained that he was at the AIG’s office to seek for cooperation with the police to enable his office to work in synergy with the operatives to put in place solid security that would enhance lives and properties of citizens of Delta State.

He stressed the need for the AIG to cooperate with his office in sharing of information and intelligent gathering, which he said were key ingredients in carrying out successful security operations.

Responding, Yakadi commended Ezekiel for finding time from his tight schedule to travelled down to Edo State for them to brainstorm on matter of security, which he said was everybody’s business.

He commended Governor Okowa for carefully selecting and bringing Ezekiel into his government, describing him as a vibrant and intelligent young man rare to find these days.

Yakadi remarked that since he resumed office, Ezekiel was the first government appointee to visit him, even as he urged him not to relent in his efforts to serve society.

The AIG informed that several proactive strategies had been rolled out across the zone, especially in this yuletide season, to keep criminals at bay.

He promised to work with Daniel to ensure that Delta would be secure, even as he urged him to feel free to reach him at any time in their collaborative efforts to serve society.