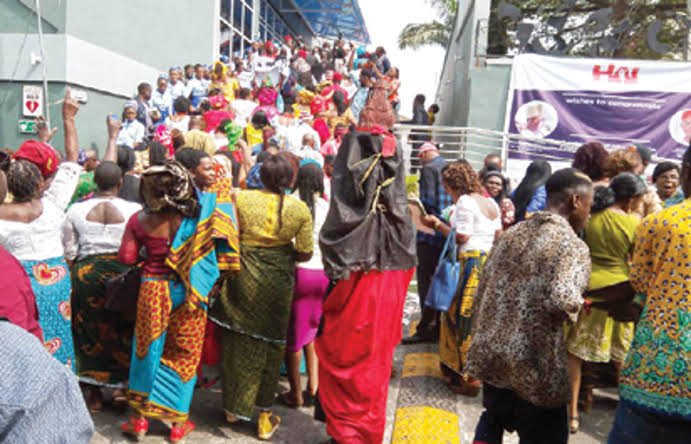 The leader of the Women’s Wing of the Lagos State Chapter of Ohaneze Ndigbo has told the Federal Government to castrate rape offenders to check the worrisome spike of the offence.

Mrs Violet Obiora made the call in an interview with a correspondent of the News Agency of Nigeria (NAN) in Lagos on Sunday.

She said that increasing incidences of rape in the country had become a menace that needed to be dealt with decisively.

“Implementing a law that will castrate rapists, especially those who take advantage of innocent children will discourage the act.

“Such severe penalty will pass a straight message to intending rapists.

“A person, who rapes a three-year-old child is not supposed to be alive because of the physical damage done to the body and the traumatic experience of the victim.”

Obiora said that the traumatic experience stays with victims, especially girls for a lifetime and ultimately exposes them to a lot of hazards as they grow.

“Marriage and child-bearing become difficult for some of the victims because they grow to hate men generally as a result of their nasty experience from the rapist.

“It is only through intense psychological therapy that the victim can be made a bit better, which is sometimes difficult to achieve.

“Rape is something our society should frown at and reject at all costs.”

She noted that rape could be reduced by creating awareness through the media and attaching serious penalty, to deter people from committing the crime.

Obiora said that attention should also be given to discouraging hard drugs and the excessive consumption of alcohol and other stimulants.

“If one is in his right senses then there will be no reason for a father to rape his child, except the person has been influenced by alcohol or drugs.”

Obiora said that opening a sex offender register would help in the fight against rape and help to reduce abuse of young women.

She said that Ohaneze Ndigbo Women’s Wing had also donated food items recently to children of the Hearts of Gold Children’s Hospice in Surulere.

“Seeing these children made us more passionate in our resolve to tackle the menace of rape by planning a campaign to kick against rape in the society.”

She said that the group had been visiting homes for handicap people, prisons, old people’s homes and schools’ of the blind to donate to the inmates.

“I urge well-meaning Nigerians to come out en mass to demonstrate love to the needy, especially children with special needs to assist in their feeding and their daily management.

“I urge government to provide a budget in their policies to reach out to homes of handicapped so that every segment of the society is provided for,’’ Obiora said.