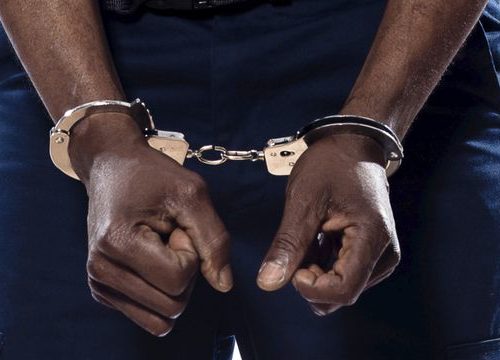 He was arrested for raping a 22 years old girl (name withheld) who boarded his vehicle believing him to be a commercial driver.

He said the suspect forcefully undressed the victim and had carnal knowledge of her while she was on her way to the church at Atan lastTuesday.

According to the PPRO, the victim’s noise attracted passers-by as the suspect was later arrested by policemen at Winners Chapel.

Oyeyemi said, “The fact is that this is a serial rapist who has been doing it for some time now. His modus operandi is that he has a vehicle that he always puts on the road. When he sees an innocent girl, he will pick her up.

“And when they get to an isolated area, he will forcefully have carnal knowledge of her and that was what happened on Tuesday.

“He picked this girl from Oju-Ore going to Atan, pretending to be a commercial driver. Immediately after the Winners Chapel, he stopped the vehicle, forcefully removed the dress of that girl and had an unlawful carnal knowledge of the girl.

“When the girl was shouting, her noise attracted passers-by. The policemen at the Winners arrested him.”

READ ALSO: Do’s and Don’t’s of Living with Housemates

While fielding questions from newsmen, the suspect, who claimed to be a phone repairer from Ilaro, said he was caught in the act of raping for the second time.

“The first person was a prostitute. We negotiated and she told me to pay N7,000 but I paid her N3,000 when we were done. So, she insisted I must pay N7,000 and that’s what landed me in the police station.

“But on this second one, I didn’t even know how it happened,” he said.

The victim, who spoke with newsmen, demanded justice.

She said, “I can’t find my pant and trousers. I don’t know what he has done with them.”

The PPRO said the Commissioner of Police, Bashir Makama ,had directed a thorough investigation and prosecution of the suspect to serve as a deterrent to others.