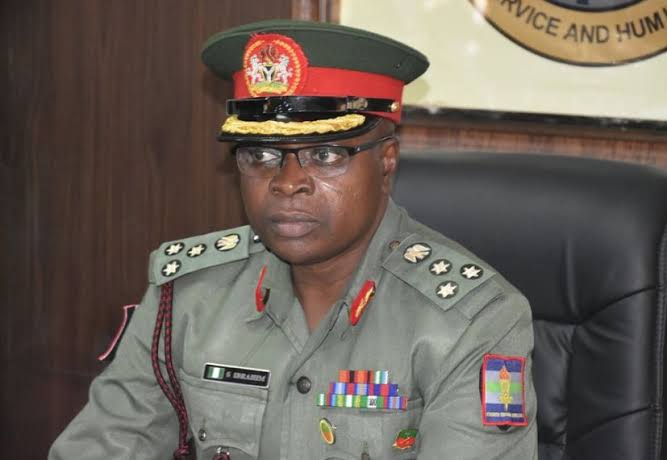 The National Youth Service Corps said that it arrested about 95 graduates with fake certificates from Nigeria and foreign universities.

The Director General of the NYSC, Brigadier General Shuaibu Ibrahim, who disclosed this on Wednesday at the 2019 Batch ‘C’ pre-mobilization workshop, held in Niger State, also said the culprits have been handed them over to security agencies.

He said they were apprehended during the last orientation exercise.

NYSC boss revealed that some tertiary institutions in Nigeria still engage in the sale of Degree and HND certificates and statements of result to unqualified persons in a bid to smuggle them into NYSC mobilisation.

He lamented that the practice was threatening the credibility of the NYSC mobilisation process, adding that the action has grave implications for the socio-economic development of the country.

“It is worrisome to note that some unscrupulous persons still indulge in the sale of Degree and HND Certificates and Statements of Result to unqualified persons. It has also been observed that names of unqualified persons are included in the Senate/Academic Board -approved list uploaded on the NYSC registration portal by some corps-producing institutions.

“It is quite unfortunate that some corps-producing institutions are still in the habit of uploading part-time and overaged graduates for mobilization. This is one of the challenges we are out to tackle headlong, this attempt in some quarters threaten the credibility of the process.

“Acts such as presentation of fake academic credentials and attempts to smuggle names of unqualified persons into the mobilization lists submitted by some corps-producing institutions are condemnable and will continue to face stiff resistance from the scheme.”

He warned that the agency will not hesitate to blacklist and publicly denounce tertiary institutions that continue to include names of unqualified persons in their uploaded data.

“It is known fact that one can only print out data inputted into the computer, hence the claim of ignorance of how strange names entered a Senate/Academic Board-approved list is unfounded. Where such infraction occurs, it is certain that the login details of the Students’ Affairs Officers (SAO) or the Registrar have been compromised.

“I wish to use this medium to remind Registrars and SAOs that they are responsible for the protection of their login details and will be held accountable for any infraction in the performance of their duties relating to the mobilization process.”