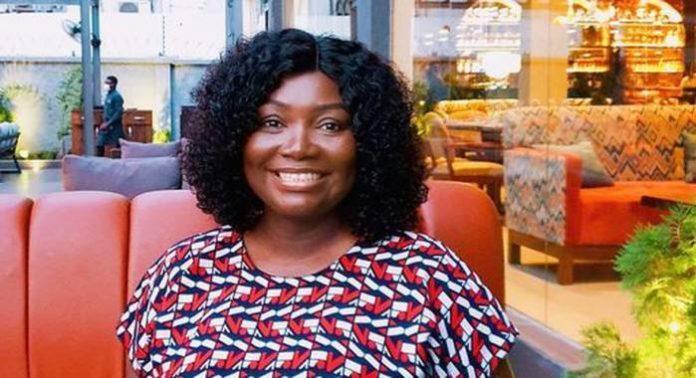 Joy Isi Bewaji, ace Nollywood screenwriter popular for movies like Love Potion, Marriage Onions In Wedding Blues, Seven and a half dates amongst others has announced plans to stop writing for Nollywood commercially.

In her Facebook post, she talked about how heartbroken she was after watching newly released movie, ‘Mimi’, which she scripted.

She could not believe what she was watching as most of the actions clearly did not follow the script, she could not even finish watching the movie.

READ ALSO: Jonathan To Leaders, Don’t Use Your Position To Punish People

“But what is this over-acting and poor acting? What is this bland interpretation? What is this nuance? What is this dialogue? The work is lost in translation. And you are staring at the barest form of what the work could have been. You are staring at the barest form of what you thought your art could ever be. No love relationship hurts as much as that. Only Nollywood can break my heart like it does,” part of her rant reads.
She did say that she will always be rootyfor Nollywood and praised them for making things work with the little they have. She also said the industry have the best intentions, even though it is not enough most times.

“Nollywood is trying. By jove, the industry is trying. Making water out of stones is a miracle. I understand that clearly. And I will always be rooting for them. They have the best intentions, and that is OK sometimes. But not enough, most times,” she said.