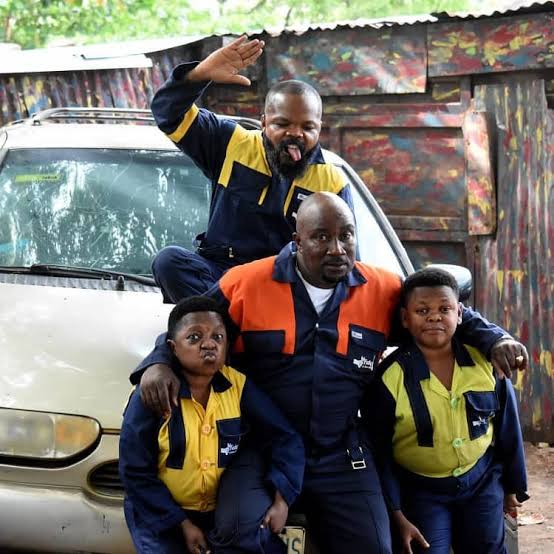 Ace Nollywood veteran actors, Chinedu Ikedieze and Osita Iheme, popularly known as Aki and Pawpaw who are famous for their hilarious roles in movies are set to drop a new TV series called Fatty and Son’s Auto.

The actors took to their Instagram page to announce the new comedy series which will feature Nedu of Wazobia FM, Datwarrigirl, Muyiwa Adegoke and others.

Chinedu posted, “You want a tv series so here you have it! We’re adding zobo to the palmwine this time @muyiwa adegoke. I don’t know what @datwarrigirl is doing with spanner. Fatty & Sons Autos!!! What channel would you like to watch this?”

A few weeks ago, the actors took to their social media pages to ask fans if they would like them to comeback with a movie or tv series, and they have followed through.