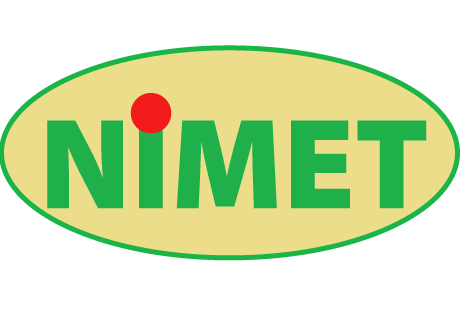 The Nigerian Meteorological Agency (NiMet) has predicted partly cloudy weather conditions for the central states of the country on Thursday morning with prospects of localised thunderstorms over Minna, Abuja, Kaduna, Jos and Jalingo axis.

NiMet’s Weather Outlook by its Central Forecast Office (CFO) in Abuja on Wednesday also predicted day and night temperatures in the range of 34 to 39 and 24 to 27 degrees Celsius respectively.

It added that parts of Bida, Lokoja, Lafia, Markudi, Abuja, Obudu would witness thunderstorms in the afternoon and evening hours.

The agency predicted that the Southern states would experience partly cloudy to cloudy morning with prospects of localised thunderstorms over Calabar, Eket axis.

NiMet further predicted day and night temperatures of 31 to 37 and 23 to 27 degrees Celsius respectively over the southern cities during the forecast period.

According to NiMet, Northern states will experience dust haze conditions throughout the forecast period with horizontal visibility of about one to three kilometres and possibilities of less than 1000 metres in one or two areas.

“Northern states are expected to have day and night temperatures in the range of 34 to 42 and 19 to 27 degrees Celsius respectively.

“There are indications for thunderstorm activities over some parts of the central and parts of the southern region of the country in the next 24 hours,” NiMet predicts.