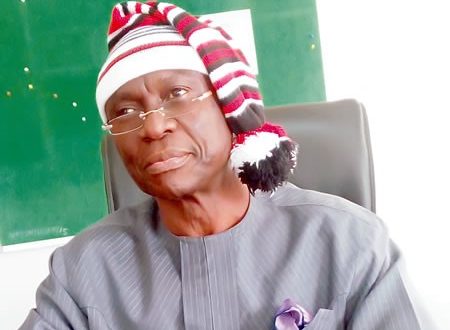 The Nigerian Film Corporation (NFC) and Centre National du Cinema(CNC) and the Moving Image have signed a Cooperation Agreement for film production.

Dr. Chidia Maduekwe, Managing Director of the NFC, disclosed this to the News Agency of Nigeria (NAN) on Monday in Abuja.

According to Maduekwe, Mr. Dominique Boutonnat, Chief Executive Officer of CNC, signed on behalf of his country, while he signed for NFC on behalf of the Federal Government.

“We are grateful to the Minister of Foreign Affairs, Geoffrey Onyeama, who gave the Power of Attorney that I could sign on behalf of Nigeria.

“This historic bilateral arrangement on film production between the two countries was also made possible by our Minister of Information and Culture, Lai Mohammed, who has remained a very strong factor in realising this dream.

“With this cooperation agreement, both parties are expected to create the necessary environment to enable their filmmakers bring their expertise and experiences to bear in film production, distribution and archiving.

“This will, among other things, strengthen bilateral relations between France and Nigeria in the transfer of skills and best practices, preserved films and its exhibition from both countries,” he said.

Maduekwe explained that film heritage and literacy, artistic cooperation, distribution and exhibition, as well as institutional exchanges between the CNC and the NFC, were key components of the agreement.

According to him, the agreement fits into the UNESCO convention of 2005 on the protection and promotion of the diversity cultural expressions to which Nigeria and France are signatories.

He said that the objectives would be actualised through the use of local locations for film projects, expansion of markets and development of skills between the two countries.

He said that having shared some similarities in the world’s audio-visual space, the agreement would further position Nigeria’s creative industry for more investment inflow.

“The bottom-line in this agreement between France and Nigeria is that they are bringing capacity, training, money, and equipment that will strengthen the NFC within the legal framework available.

“The French Government will give a maximum of 135,000 Euro as grant to the Nigerian producer to help shoot film.

“When a film is eventually produced, CNC will ensure that those quality films produced by Nigerians will be exhibited in cinemas in France, and that will bring more money for our filmmakers.

“It is an awesome opportunity for the first time and we must give credence to President Muhammadu Buhari because of his relationship with his French counterpart, Emmanuel Macron,” he said.

The NFC boss said that as part of implementation process, a Technical Committee will be set up, comprising seasoned industry stakeholders from Nigeria, France, Hollywood and other developed film industries.

He explained that for filmmakers to benefit from the arrangement, they would submit proposals and scripts to the committee.

“This agreement is warehoused under NFC as a government agency, so we are going to look at proposals that will be sent by Nigerian filmmakers,” he said.

Maduekwe said that the agreement takes effect from Jan. 14, adding that it was “an opportunity that would ultimately change the scope of film production for both countries.