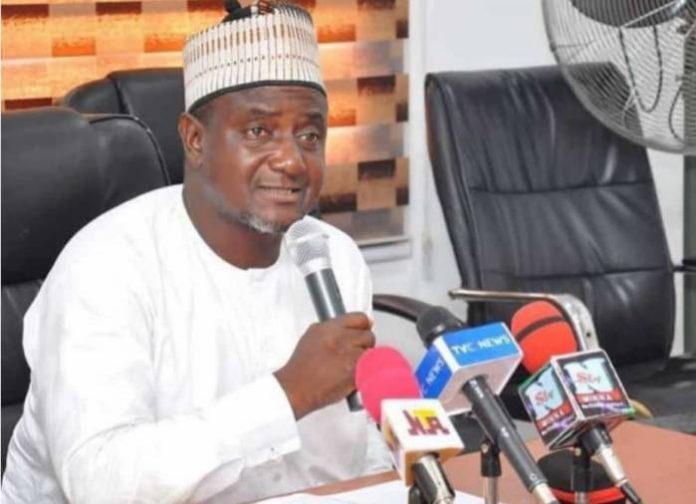 The Niger State Commissioner for Information and Strategy,  Muhammad Idris, who was kidnapped five days ago, has regained his freedom at about 9.30 p.m on Thursday night, according to a statement by the family.
A member of the family, Mr. Ado Ada, who issued the statement, expressed his delight over the victim’s safe return, saying, “his release was wholly the result of the efforts of his family and no ransom was paid. The family facilitated his release with divine intervention from Allah.”
The commissioner has since been reunited with his family after receiving medical attention, the statement said, while expressing the family’s sincere appreciation ”to community members, well wishers and his associates for all their love, sacrifices and support during the trying period.”
READ ALSO: Gani Fawehinmi’s Eldest Son, Mohammed Is Dead
Idris was abducted at 11 p.m last Sunday by unknown gunmen at Babban Tunga village in Tafa Local Government Area of the state.
The heavily armed gunmen had invaded the commissioner’s residence at the village and whisked him away on foot to an unknown destination.
The following day, Monday, the abductors, however, opened discussions with the family which resulted in the release of the victim, though without any ransom paid. (NAN)