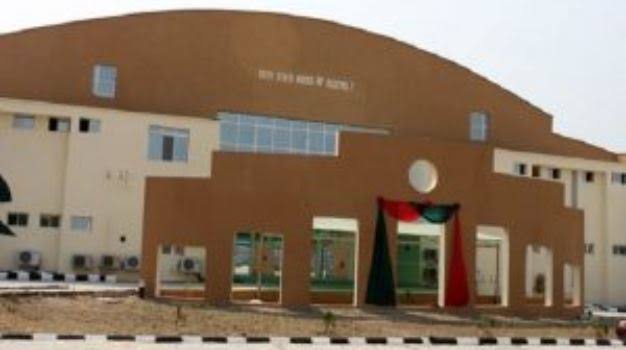 Less than twenty-four hours after the election of Gboyega Aribisogan as the new speaker of Ekiti State House of Assembly, a major crisis is brewing in the legislative arm following the taking over of the complex by armed police operatives on Wednesday.

Nigerian Tribune reported on Tuesday that Aribisogan (Ikole 1) believed to be the choice of the governor, Biodun Oyebanji was elected by majority members of the house with 15 votes to defeat his challenger, Bunmi Adelugba (Emure constituency) who scored 10 votes.

It was further reported that the results of the speakership election were allegedly against the choice of the former governor, Dr. Kayode Fayemi who was said to have preferred the female lawmaker Adelugba to take over from the former speaker, late Funminiyi for the remaining months of the sixth Assembly.

The majority of the lawmakers had voted against Adelugba on Tuesday as a payback for the former governor who allegedly denied them return tickets for the 2023 elections and as well to “guarantee their freedom from him.”

When our correspondent visited the Assembly complex on Wednesday, it was observed that workers and some lawmakers were seen hurriedly leaving the house to avoid being trapped over the planned invasion of the complex by hoodlums.

The security personnel, drawn from the anti-riot squad, regular policemen, and counter-terrorism unit were strategically stationed on the four routes leading to the state House of Assembly complex.

A source in the Assembly told Nigerian Tribune that the results of Tuesday’s election was a shock to the camp of some individuals in the APC and were doing everything possible to frustrate the leadership of Aribisogan in the Assembly.

He said: “Let me be sincere with you, the outcome of the speakership election on Tuesday was clearly against the choice of the former governor, hence the unrest in the house. All of us including members scampered to safety when the report of invasion got to us.

“Those who lost out in the process might want to fight back and disrupt proceedings and activities in the house because their preferred candidate was defeated for the speakership position.”

Reacting to the situation at the Assembly, the Police Public Relations Officer, Ekiti Command, DSP Sunday Abutu, said they took prompt action by placing restrictions to prevent the breakdown of law and order.

Abutu told the members of the public not to entertain fear, saying the deployment was to safeguard the lives and government’s property over ominous signs that security was about to be breached at the Assembly’s complex.

The police spokesman said: “We acted on security alert we received that some people were planning to invade the assembly, and we owe it a duty to safeguard the lives of the people and public utilities.

“We can’t wait or tarry and allow the lives of the staff of the assembly to be threatened by any means. So, we took proactive measures by deploying our men there to secure the assembly complex.

“Our people shouldn’t see our action as a big deal. No course for alarm. We are on top of the situation.”

When contacted, Aribisogan said: “the leadership of the police command in Ekiti informed us this morning (Wednesday) that they had verifiable intelligence about some hoodlums were coming to attack the assembly complex and to avoid breakdown of law and order, hence the need for their presence and they have promised us to conducts an investigation on the matter and report to us as soon as possible.

“I want to encourage my colleagues and staff of the assembly to be patient and bear with us, normalcy will soon return to the house.” (Nigerian Tribune)