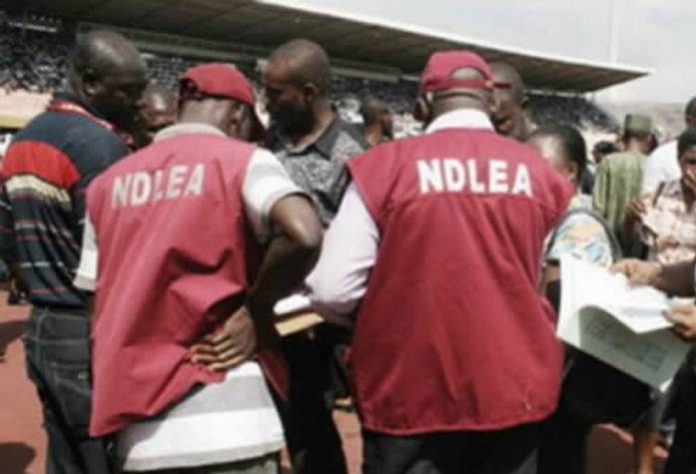 The National Drug Law Enforcement Agency (NDLEA) in Kebbi says it has arrested 89 suspected drug dealers and seized 2, 800 tonnes of illicit drugs and psychotropic substance within six months in the state.

The state commander of the agency, Mr. Peter Onche-Odaudu, told journalists in Birnin Kebbi on Thursday that the suspects were arrested between January and July 7.

“The command counter-narcotic efforts in 2021 are to police Kebbi and checking the menace of drug abuse and illicit trafficking, with a view to reducing same to the barest minimum and strengthen security in the state.

“From January to July 7, 89 suspects are arrested; of the lot, 87 are males while only two are females.

“Also, a whopping 2.800 tonnes of drugs are seized and taken out of circulation; and some of these had been transferred to us by the Nigerian Customs Services (NCS) and Nigeria Police in the state.

Onche-Odaudu said the agency was able to admit 21 clients into their rehabilitation facility while 18 persons had been discharged within the period.

He reiterated the command’s commitment to the war against drug abuse and illicit trafficking in the state.
“We appreciate the support from the state government, sister agencies, media and good people of the state.

“We are still calling on the government to assist us with operational vehicles and motorcycles as the command faces challenges of logistics to carryout its operation to the hot-spot and hard-to-reach areas of the state.

“Within the ambit of the resources — human, materials and financial available — the command will not rest on her oars until drug peddlers and users are run out of business,” Onche- Odaudu said.

The commander enjoined residents to furnish it with information on activities of drug dealers in their communities.(NAN)