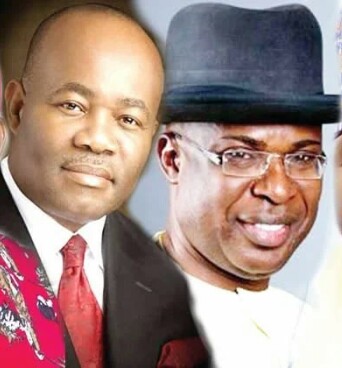 Barely 24 hours after the Federal Government recorded relief in its troubleshooting to douse tension in the Niger Delta region over a seven-day ultimatum given by ex-militant leader, Government Ekpemupolo, alias Tompolo, for the inauguration of a substantive board for the Niger Delta Development Commission (NDDC), traditional rulers in Bayelsa State have warned on fresh danger in the region.

According to the monarchs, youths are again, becoming restive as the Minister of State for Petroleum Resources, Timipre Sylva is currently locking horns with the Minister of Niger Delta Affairs, Godswill Akpabio, over the soul of NDDC.

Specifically, they expressed fears on looming crises over reports that the junior petroleum minister is battling to upturn a nominee already forwarded for approval by Akpabio, the supervising minister of the NDDC, for the position of managing director in the yet-to-be constituted board of the Commission.

READ ALSO: Synagogue: What TB Joshua Said Before He Died

In a letter to President Muhammadu Buhari dated June 4, 2021, and copied the President of the Ijaw National Congress(INC) and the Commissioner of Police, the traditional rulers urged him to ensure that any act capable of triggering further agitations in the Niger Delta be avoided as the region and the polity was already over-heated.

The letter read in part: “On behalf of the traditional rulers and leaders of thought, particularly of Ekeremor Local Government Area extraction in Bayelsa State, we wish to respectively refer you to the issue above and draw your attention to the restiveness of youths resulting from this clear alienation by the APC led Federal Government.

“Your Excellency Sir, we were highly elated by the newspaper publications naming one Elder Denyanbofa Dimaro, an illustrious son of Peretorugbene community in the Ekeremor LGA of Bayelsa State, as the Managing Director (MD) while Dr. Cairo Ojuogbo from Delta State as the chairman of the Niger Delta Development Commission (NDDC). What has however heightened tension amongst the youths and citizenry is the growing rumour that the Honourable Minister of State for Petroleum, Chief Timipre Sylva is thwarting this laudable effort of the Honourable Minister of Niger Delta Affairs, Chief Godswill Akpabio.”