The announcement by the Special Adviser on Media to the President, Mr. Femi Adesina that President Muhammadu Buhari has extended the tenure of the Interim Management Committee of the Niger Delta Development Commission (NDDC) and the approval of intervention funds for Covid 19 in the Niger Delta region came as a huge relief to those who care about the development of the region.

In the last three weeks, those who have kept the region in its present state of underdevelopment had turned their propaganda machinery on full throttle with the hope that they can twist the hands of the President to dissolve the present management. To achieve their aim, social media influencers and bloggers were recruited and placed on stipends to churn out wild and unsubstantiated allegations against the Interim Management Committee led by Prof Kemebradikumo Pondei and the Minister of Niger Delta Affairs, Senator Godswill Akpabio.

So potent was the propaganda machinery that the anchor, a ranking lawmaker from the region, had started shortlisting names of his cronies slated to serve in the in-coming management. The idea was that with his surrogates serving in the Commission as Managing and Executive Directors, access to funds would not be a problem to prosecute his 2023 gubernatorial ambition. He is said to have boasted that with his closeness to the President and the media frenzy of spurious allegations against the Management of the Commission and the Minister, the days of the Interim Management Committee were numbered. He was optimistic the NDDC Interim Management Committee would be dissolved.

Having lost the battle by the failure of the President to dissolve the board as they had expected, they have opened a new frontier by taking the battle to the National Assembly. Is there little wonder about recent revelations that a serving Senator was awarded 300 different contracts by the NDDC and he executed none after being fully paid. To cover up such fraud, the Parliament regularly summons the Management of the Commission and arm-twist them to look away from the fraud perpetrated by their members. That is what is presently playing out.

Before now, NDDC has been a cash cow for politicians to use and finance their political ambition. Through contract racketeering they brazenly looted the interventionist agency leaving indigenes of the region wallowing in poverty and bearing the brunt of environmental degradation, poverty and underdevelopment. The coming of the Interim Management Committee was like oxygen has been removed from a patient on life support. They no longer had access to “free money” gotten at the expense of the long-suffering people of the Niger Delta. That is why no weapon, including smear campaign, was too sacred in their last gap effort to save their source of livelihood.

There is a general consensus among stakeholders of the Niger Delta that the measures put in place by President Muhammadu Buhari will ensure sustainable development of the region. The setting up of the Interim Management Committee was to give a conducive environment for the forensic audit ordered by the President to be carried out. This will restore the Commission to the path of sanity. But the hawks who have held down the Niger Delta region over the years are anxious for another set of their cronies to come in without the necessary corporate governance structure so that they can continue the pillaging of the common patrimony of the Niger Delta people.

President Buhari has mustered the political will to strengthen the NDDC. Firstly he approved the setting up of the expanded Interim Management Committee to oversee the forensic audit. Then he inaugurated the advisory committee of the Commission made up of the Governors of the Niger Delta region and the Minister of Niger Delta Affairs and his Environment counterpart. The Minister of Niger Delta Affairs had in turn inaugurated the NDDC Monitoring Committee as approved by the President.

But it is the forensic audit of the interventionist agency that has caused frenzy and hysteria among fraudulent contractors and their staff collaborators. Recently, the Managing Director, Prof Pondei handed over the report containing contract documents covering over 8,000 projects captured during the NDDC’s verification exercise to the Lead Consultant, Mr Olumuyiwa Basiru to signal the formal commencement of the forensic audit exercise.

The Acting Managing Director followed this up with a visit to the Economic and Financial Crimes Commission zonal office in Port Harcourt to invite the anti-graft agency to join hands with the forensic auditors to fish out fraudulent contractors and make them cough out the public funds that they have looted or face prosecution. According to Prof Pondei, “we have reports of projects awarded and paid for but not executed. There is a need for us to work on these cases.” Expectedly, those whose hands have been soiled in the NDDC booty are fighting tooth and nail to truncate the forensic audit exercise because the outcome will not be palatable, to put it mildly.

Already, the first set of casualties has emerged. Based on the recommendation of the lead consultant for the forensic audit some senior staff have been sent on compulsory leave pending the outcome of the ongoing audit. The categories of staff asked to proceed on compulsory leave include those who have over the years indulged in contract racketeering and fraud and have been indicted by the Police and EFCC. But they won’t go down without a fight as they have reached across to their equally corrupt god fathers in the Parliament and what should be an internal cleansing exercise will now be a subject of parliamentary scrutiny maybe with an attempt to force the Commission to recall these corrupt staff who are cogs in the wheel of progress of the Niger Delta region.

In all of this, the Acting Managing Director Prof Pondei has not lost focus. So far he has navigated the dangerous and shark-filled terrain of NDDC calmly. According to a pundit, “This is one of the most fitting appointment, important, appropriate and deserving executive appointments in the 20-year history of the Commission. Many stakeholders of the region are optimistic that Prof Pondei and his team will make the needed cleasing and overhaul of the agency to enable it meet the emerging challenges of our country.

Prof. Pondei’s appointment is therefore a testimony to the zeal and eagerness of the President to drain the swamp in the NDDC and reset the agency for the future, That the President went beyond the bounds of politics as it was traditional in the past to kick this Professor of Medical Microbiology as the Commission’s Chief Executive signposts government’s determination to turn the page in the annals of the Commission.”

The confirmation of the tenure of the present Interim Management Committee led by Prof. Pondei, aside the distraction of virulent smear campaign, will make the management to remain focused in achieving the mandate handed over to them by President Buhari. With Prof. Pondei it is no more business as usual. Indeed it is a new dawn at NDDC. 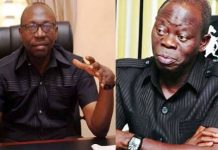 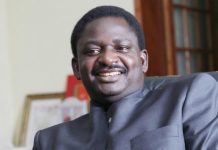 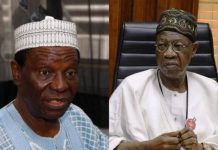