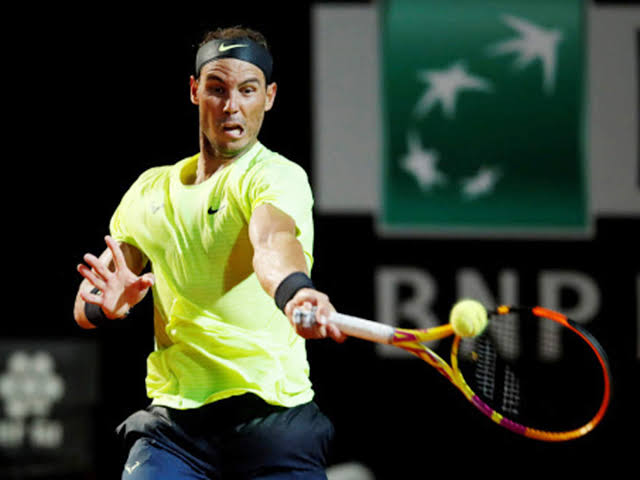 The draw for the Roland Garros event was made on Thursday.

Nadal will take on Bulgaria’s Egor Gerasimov in the first round and faces a potential last-eight clash with U.S. Open runner-up Alexander Zverev of Germany.

The German has never made it past the quarter-finals at the claycourt Grand Slam.

Top seed Novak Djokovic of Serbia will face Swede Mikael Ymer in the first round.

In this same round, Swiss 16th seed and former champion Stan Wawrinka will take on Briton Andy Murray in the hottest opener.

Djokovic, who was ejected from the U.S. Open after he inadvertently hit a line judge in the throat with a ball after a point, has an easier route to the final than Nadal.

He has been drawn in the same half as Russian fourth seed Daniil Medvedev.

Meanwhile, Canadian Milos Raonic, the world number 20, has pulled out, according to the organisers.

The sixth seed, who was drawn in the same half as top seed Simona Halep, faces a potential fourth round clash with U.S. Open runner-up Victoria Azarenka.

World number one and 2019 champion Ashleigh Barty has also pulled out of the tournament, citing the coronavirus pandemic and a troubled preparation.

With Switzerland’s Belinda Bencic a last-gasp withdrawal, only six of the top 10 in the WTA rankings will start the tournament.

“This year’s French Open will already go down in history because of the circumstances,” French federation president Bernard Giudicelli said.

“The key words of Roland Garros 2020 are resilience and responsibility.”

It will be the first year with a retractable roof at the French Open.