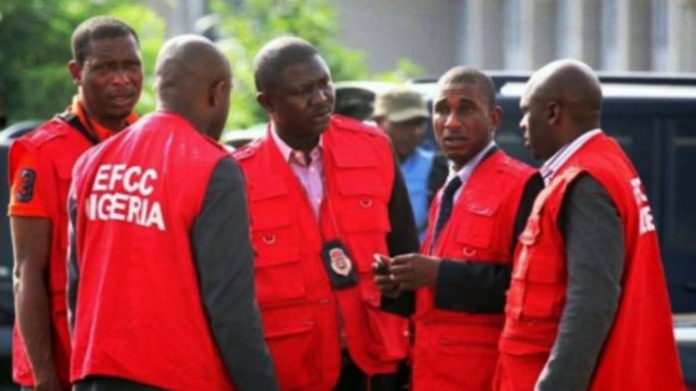 The Economic and Financial Crimes Commission, EFCC, has arrested 16 council chairmen in Kwara state over alleged misappropriation of N4billion loan.

The Commission’s spokesman of, Mr. Wilson Uwujaren, who disclosed this on Friday, said the suspects were currently being quizzed by its operatives at the Ilorin zonal office.

Uwujaren said: “It was gathered that the council chiefs after securing the controversial loan held a meeting and decided that one hundred million naira be shared among themselves.

“The suspects had on the February 7, 2018 written a N4billion loan request to the Ilorin Branch Manager of Sterling to pay the Salary Arrears of teachers under the State Universal Basic Education Board (SUBEB) Local Government Staff and Local Government Pensioners.”

According to him, the embattled politician were also accused of diverting 10 per cent of the monthly internally generated revenue for their personal use.

He added that the money was paid directly into their personal accounts against the financial Regulations.

He stated that all the suspects had made useful statements while Investigation continues.