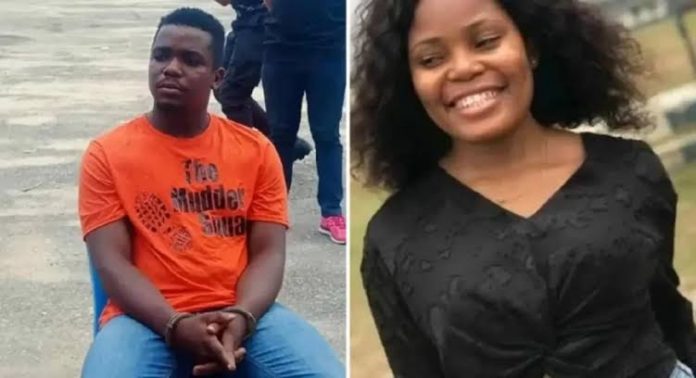 Uduak Frank Akpan, murderer of a job seeker, Iniubong Umoren, has been sentenced to death by Justice Bassey Nkanang of a High Court in Akwa Ibom state.

While delivering the judgment on Thursday, Justice Nkanang ruled that the convict would die by hanging.

The judge held, “The defendant, Uduak Frank, Akpan confessed that “I first used condom to have sex with Iniubong Umoren and later removed the condom because I did not enjoy the sex.

“She became infuriated and I reached out to a stabilizer and a box iron and used it to hit her abdominal part and started to bled. I hit her again and she screamed. I used her jean trousers and strangled her and she became lifeless.”

The Next Edition had reported what transpired that led to the death of Iniobong. While narrating what happened to journalists at the time, Uduak Akpan had confessed that he was trying to have sex with late Miss Umoren but a scuffle ensured and he hit her on a stabilizer and she died.

He said: “She (Miss Umoren) came for a supposed job interview in which I used reverse psychology on her. I asked her if she can work in a farm where hard drugs are kept as a secretary and she said she can and that she’s ready to do the job.

“When she came, I revealed to her that this farm does not exist. There is no farm like that. It was just a hoax. I told her that before she leaves that I would like to have sex with her and she agreed.

“She gave a condition that I should use a condom, which I did. While I removed the condom, she became furious. She took a nearby stabiliser to hit me on my head and she bit my left ring finger and tried to reach for the wall, screaming.

“While I was bleeding, in a bid to stop her, I used the same stabiliser to hit her. She fell and started bleeding,” Mr. Akpan had freely confessed.

He also confessed to having used the same ‘reverse psychology’ on not less than six women in the past, although he stated that Ms Umoren is the only one he had killed.

The deceased, Miss Umoren, a 26-year-old graduate of Philosophy from the University of Uyo, and an indigene of Nung Ita Ikot Essien, Oruk Anam local government area, was raped, murdered and buried in a shallow grave by the convict.

It was gathered that Uduak Akpan lured the deceased to his family residence at Nung Ikono Obio village in Uruan local government area for a job interview in April 2021, where she was killed.

Umoren was an orphan awaiting her call-up to the mandatory National Youth Service programme before she was murdered. 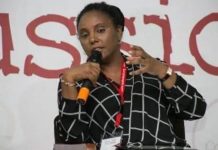