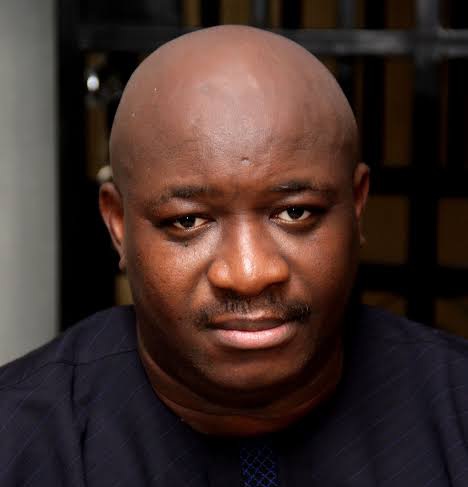 … Accuses Police of Being Used by Powerful Interests to Harass Media

Media Rights Agenda (MRA) hascondemned the weekend raid on the head office of the Peoples Gazette newspaper by agents of the Nigeria Police and the arrest of the editor and four other staff of the newspaper.

It called on the Federal Government to rein in the law enforcement agency, accusing it of becoming a tool in the hands of rich or powerful individuals and entities for harassing journalists and media organizations.

In a statement issued in Lagos, MRA’s Programme Director, Mr. Ayode Longe, said “we have observed in recent months a pattern of policemen raiding media organizations, arresting and detaining their staff or intimidating media professionals in various other ways under the guise of investigating complaints made against such media organizations by powerful individuals or entities. We condemn this trend and state emphatically that it is not the duty of the Police to protect the reputations of individuals or organizations or shield them from scrutiny, especially when the Police are failing woefully in the performance of their primary function of ensuring the safety and security of all citizens.”

According to Mr. Longe, “We are concerned that while the Police have virtually abdicated their duty to fight crime, frequently claiming a lack of resources for the dereliction, they appear to have no difficulty in finding the resources to deploy troops to media houses to harass and intimidate journalists and other media workers at the behest of the rich and powerful who are uncomfortable with the media beaming the searchlight on them and their activities. We therefore call on the Federal Government to immediately put an end to this practice.”

READ ALSO: 2023: My Choice Of Running Mate Based On Competence, Ability, Vision – Tinubu

Armed operatives of the Nigerian Police are reported to have raided the head office of Peoples Gazette newspaper in the Utako area of Abuja on July 22, 2022. The policemen refused to state the reason for the raid on the newspaper’s offices but asked for theManaging Editor, Mr. Samuel Ogundipe, and a reporter, Mr. Adefemola Akintade. Upon being told that both journalists were away from the office, the policemen arrested Mr. John Adenekan, the newspaper’s assistant managing editor.

Mr. Adenekan was reportedly taken away to the Utako police division at about 12:35 p.m. by five armed policemen. The policemen returned to the premises and arrested four other staff members, namely
Ameedat Adeyemi, Grace Oke, Sammy Ogbu and Justina Tayani. They were, however, all released at about 6.00pm on the same day.

Police Public Relations Officer, DSP Josephine Adeh, is reported to have said that the journalists and staff of the newspaper were only invited for questioning over a petition written against them accusing the newspaper of defaming the character of former Chief of Army Staff, Lt. Gen. Tukur Buratai (rtd.), who is now Nigeria’s ambassador to Benin Republic.

Condemning the recurring use of strong-arm tactics by the Police to intimidate and harass journalists and media organizations, even when they have not established that any wrongdoing has taken place, he advised law enforcement agencies and officials to focus their attention on addressing the more pressing state of insecurity in the country instead of chasing shadows.