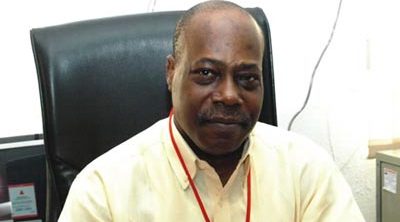 I saw in one of the newspapers last Saturday the photograph of President Muhammadu Buhari and Governor of Niger State, Mr. Abubakar Sani-Bello. Both of them did an elbow bump, thus avoiding a handshake which is said to be dangerous in this era of Covid-19.

Governor Sani-Bello wore a light blue face mask. Buhari wore no face mask of any colour at all. Both of them wore shaded eye glasses which I believe is meant to support their sight. But I was surprised that Buhari did not wear his face mask which I have seen him wear when attending ECOWAS or other international conferences.

Why he would not wear it in Nigeria at all times when he is meeting with people beats my imagination.

In that issue of the newspaper under reference Buhari was quoted as sending a sympathy message to the United States President, Mr. Donald Trump and his wife Melania who have been struck down by the Covid-19 pandemic.

He wished both of them speedy recovery. He also stated that what has happened to them is a manifestation of the challenge posed by the pandemic across the world and the difficulty of containing the spread.

Yes, the pandemic has posed a strong challenge to the world. Yes, there is difficulty in containing its spread. That difficulty comes largely from human beings who do not want to obey the Covid-19 protocols established globally: hand washing, mask wearing and social distancing.

President Trump is infected because he does not wear face masks. In fact, he scoffs at it. At the first presidential debate a few days ago Trump chastised Mr. Joe Biden, Presidential candidate of the Democratic Party for always wearing a mask. During that debate Trump and members of his family did not wear face masks. A few days later he and his wife got the reward for disobeying the lawful directives of health experts. They tested positive to the pandemic. Then on his way to the Walter Reed National Military Medical Centre in Bethesda, Maryland for treatment, he was seen wearing his face mask. That is closing the door after the horse has escaped or to put it another way swallowing the medicine after death. Medicine after death is not a very exact description of the situation literally because he is not dead, but it is a valid description metaphorically.

If he had done what he was expected to do, he would not have had to make this unscheduled trip to Bethesda, three weeks to America’s presidential election in which he is a candidate. The tragedy for him is that some members of his campaign team are also knocked down by the virus. Ms Ronna McDaniel, Chairwoman of Trump’s Republican Party is hit. So is Trump’s campaign manager, Mr. Bill Stapien.

His campaign is in jeopardy because of his care-free attitude, his narcissism, his unorthodoxy, his irreverence, his lack of faith in science including the science of climate change. The fact that more than seven million people are infected and more than 200,000 are already dead from the infection in America should have been a wake-up call to him to be careful but it was not.

His fight against the pandemic was bound to become a mere hollow ritual once he failed to fight it with a personal example.

That message applies to President Buhari too. I have decided to be his unappointed, unannointed, unpaid and unofficial adviser on face mask wearing toady. His paid staff and his family members may feel unable, or unwilling to tell him that his Covid-19 campaign will be more effective than hitherto if he wears his face mask in public when he meets with people.

Once a photograph is published of him meeting with people without wearing his face mask that action is a minus for the campaign. He must know that in this battle everyone represents a danger to someone. Any danger to him means danger to his family and Nigeria.

On the issue of the war managers in the North East, every important segment of the Nigerian community has asked for a change of guards but the President has stubbornly refused to yield. Yet the war managers have not been able to deliver. You can’t repeat what has failed and expect a change to occur. The war situation is getting worse by the day and all the public is getting is the mushrooming of excuses for failure. But Buhari would not shift grounds. That is stubbornness for the wrong reason. That is what got Trump into the present trouble. In the eyes of Covid-19 everyone is a mortal. No one is a superman who would have exemption from its strike, not even the President of a superpower country such as America, Trump.

I believe Buhari’s Presidential Task Force (PTF) members on Covid-19 have done a good job so far. They have shown consistency in offering information, advice, direction, guidance on our safety and survival.

The government also deployed security forces for enforcement of the protocols and has given some palliatives to some very vulnerable Nigerians.

Given the suddenness with which the pandemic sneaked into our life as a nation, the mysteriousness of its persona, the amputation of our economy by it, I think Buhari and the PTF have managed the pandemic reasonably well.

But Buhari is damaging that record by his refusal or unwillingness to wear his face mask. If people see the President wearing a face mask they will follow suit. If they don’t follow suit they have themselves to blame for whatever consequence befalls them. If the President fails to wear his mask many people might think that the battle is over, won, done and dusted.

People are already peddling the lie claiming that if it wasn’t over Buhari would be wearing his face mask. I have met several people who have said so. So the President’s practice is more important than his preachment on the issue.

To the President I say just do it if I may borrow the signature slogan of the sportswear giant, Nike. Some Nigerians think that the pandemic has vanished as quickly as it came. The reason they say so is because of the low figures of infection and death thrown up every day by the PTF. In truth, those figures are merely illustrative, not substantive. Less than one percent of our 206 million people have been tested so far.
Ninety nine percent or more of our people are not yet tested. So there are possibly many, very many, of our people who are infected without any record.

There are also many people who may have died from it without any record of their death or any noise-making whatsoever to avoid stigmatisation. Also, the fact that the places hitherto locked down have now been opened gives the wrong impression that it is over. It is not over until it is over. No cure has been found and no vaccine has yet been approved by the World Health Organisation (WHO). These places were opened so that the economy can breathe and a semi normalcy can gradually return. There is now a clash between perception and reality or fantasy. Perception may seem better than reality but reality is just that: the real thing, the unvarnished truth. It seems good to believe in fantasy but foolish to depend on it. Buhari’s non-wearing of face mask is capable of sowing confusion among the populace. In fact, it is doing so already.

I was at a barbing salon a few days ago. When most of the workers didn’t wear their face masks I asked why they weren’t wearing them. They said that since Buhari is not wearing it, it means that the trouble is over. When I threatened to walk out they all brought them out of their pockets and decorated their faces with them.
This column may annoy some of Buhari’s fanatical followers. They may say that Buhari had a face mask but it was stolen by the PDP. Or that the photograph in which Buhari wore no mask was taken by a PDP photographer. Or that the artist in the newspaper, being a PDP supporter must have done some computer manipulation and the mask on Buhari’s face disappeared while that of Governor Sani Bello remained intact. Whatever they choose to say, they can say. But I want Buhari to stay alive and be able to tackle the many problems that currently threaten the nation’s stability. To him therefore I say, just do it, sir for your sake and our sake. 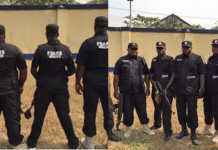 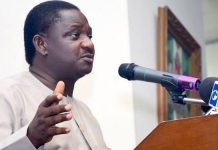 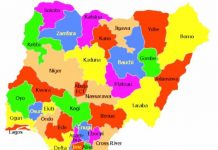 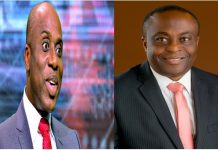 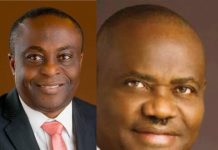