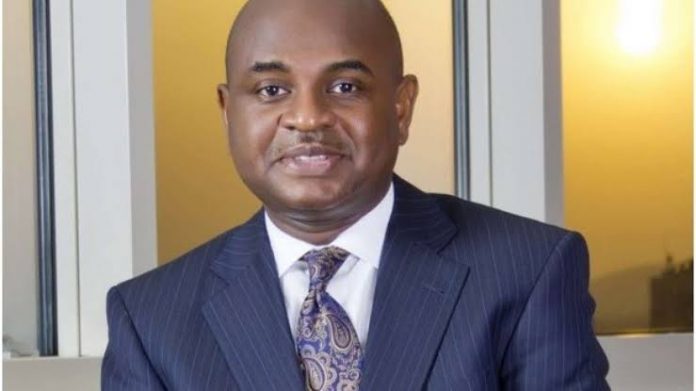 The former Deputy Governor of the Central Bank of Nigeria, CBN, announced his resignation from the party on his Twitter handle on Monday.

In a series of tweets, Moghalu noted that partisans politics would not solve the problems of the country.

While calling for electoral reforms, he also invited his supporters to join his non-partisan movement http://tobuildanation.org.

Part of the tweet read: “Without electoral reform which includes electronic voting, our democracy will remain weak. Let’s fix this before 2023.

“Nigeria today is approaching its moment of reckoning. We need to focus on solving our problems at their root causes. Electoral reform, voter education for an informed electorate, and constitutional restructuring are the real issues. If we can agree on these, all else can follow.

“If we fix our elections/give our democracy real meaning, our youth will have no excuses not to vote, while they spend their money to vote on @BBNaija!

“Young people should lead the charge for electoral reform. With nearly 70% of Nigeria’s population, Nigeria’s future is young.” 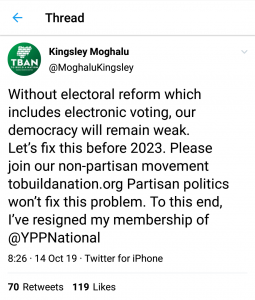