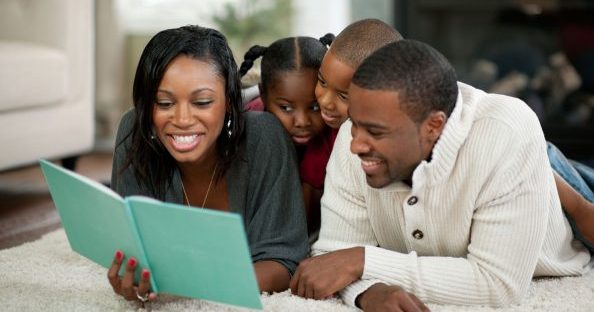 The rules keep changing when it comes to raising children especially in this 21st century. Things that were abhorrent to our culture and tradition have become the norm. Anyone who was raised in the eighties and maybe early nineties can attest to the fact that the cane in whatever form was never far from your parents’ reach. There were certain things only the rebellious of kids could try and some even the most rebellious wouldn’t dare. These days to flog a child has almost become a taboo with punishment such as going to the naughty corner and being grounded taking over as the preferred choice of discipline and punishment for the errant child. Imagine confining a pre-teen or teenager to their rooms as punishment! That would be laughable if not for the seriousness of the issue. After all, where else would a pre – teen or teenager prefer to be if not holed up in their room anyway.

Granted there’s a level where flogging a child would border on abuse and that is not encouraged, however, even the scriptures recognize the need to wield the cane once in a while to keep the child on the right path. Often times, the sight of the cane or the fear of being caned was enough to straighten the child.

Modern parenting says to treat your child as a friend, give them their privacy and so on. Now while those are admirable things to do, the question though is; are they enough to form the foundation of a child’s upbringing? A parent recently complained of how her child studying abroad kept telling her she was invading her privacy when she asked to see her results so she stopped. When time came to graduate she paid her way from Nigeria only to realize her child wasn’t graduating because she has been failing.

Picture growing up in a Nigerian household in the 80s and telling a parent when asked for results for which they were responsible for payment of fees that your privacy was being invaded! That would certainly not happen. If you failed a class your parents would make you to repeat the same class in the same school so your peers, ahead of you, would laugh at you and make you sit up.

These days, parents go to schools and bribe teachers for their kids. You see parents at external examinations like Common Entrance, General Certificate of Education (GCE) centers to arrange ‘expo’ or a double to write exams for their children. Essentially helping the child cheat! All because you want the child to pass with flying colors. Many go as far as paying for special centers where invigilators are ‘settled’ to look the other way while teachers solve questions and dictate answers. The danger in this is that such a parent can’t in good faith caution that child when he or she steals, lies or misbehaves because they practically led the way.

The family dynamics has changed as well. You have mothers coming in as late as fathers now, women who are holding down the household financially and feel they can’t spend as much time with their kids as they should. Now, the issue is not just about parents having time to spend with the children, but about what they do with the time they have! It’s about what they are teaching the children through their ‘body’ language and by their words.

How are you as a parent ensuring you spend quality time with your children? There are parents who believe giving a child all he or she needs financially is more than enough. After all, “that’s more than my parents did for me”, they say. That should not be the case. Financially, providing for your kids is just one of your responsibilities as a parent.

Parents are also setting a horrendous example for kids these days. It’s commonplace to go to a children’s party and see girls as little as five in dance competitions dancing as provocatively as women in the music videos they see. And you see parents cheering these kids and laughing and smiling along. It’s obvious these children are absorbing all they see in videos, but is anybody countering the negative?

It has almost become a cliché to say that the youths of today are the leaders of tomorrow, yet that is the truth, sad also as it may sound.
Unless parents get their acts together and raise disciplined children, then the future indeed looks bleak.

The Next Edition spoke to some adults to find their thoughts on how best modern day parents should or can go about raising well rounded children. Especially, if cane is still relevant in the raising of children, Mrs. Lovette Singleton, said “While I do not know the psychological effects of using canes on children, I believe it’s physically dangerous and should not be encouraged. Parents in the heat of their anger or frustration tend to over-react and possibly cane their children out of anger, instead of doing so rationally for correction purposes.

Whereas, sending a child to timeout gives parents time to control their emotions while the child ponders and reflects on his or her misdeed. It produces a slower but effective method of learning for kids. Modern parenting may have reduced the level of fear children have for their parents but it has also opened new lines of healthy communication between parents and their children as well as a new safe approach to learning life’s lessons, Mrs. Lovette Singleton, said.

For Dr. Imoh-Ita, cane should still be used alongside other measures of correction. “There should be moderation in all though,” he said.

“Another way to discipline is grounding. A child should not be flogged excessively as that will affect the child negatively. Grounding the child too long in a corner can also be negative as the idle mind is the devil’s workshop. Using the cane cannot be overruled though; a child psychologist Dr. James Dobson recommends it from age of 15 months as well as the Bible in Proverbs 22:15. But never too much so as to avoid the child getting used to it.

“Generally, I believe children are different, the way I discipline my son is different from how I discipline my daughters. My advice is parents should study their children and come up with a method that will be helpful for the child. However, the method should be done in love,” Pastor Sunny Fidelis opined.

Generation Z (those whose birth year is 1993 and above) are in real danger of losing value added parenting. The reason being that the lax in parenting started with the Millennials, the generation before. They are now in turn expected to parent the next generation and beyond. There are parents who have done their due diligence to give credit where it’s due, but for the most part modernization has overtaken it.

That we want our children to have a better life than we had, achieve goals earlier than we did, is not reason enough to cut corners. If this practice continues, we are going to raise a future generation that lacks values and morals. The children are the future, we should make sure it’s one we are proud to leave behind.