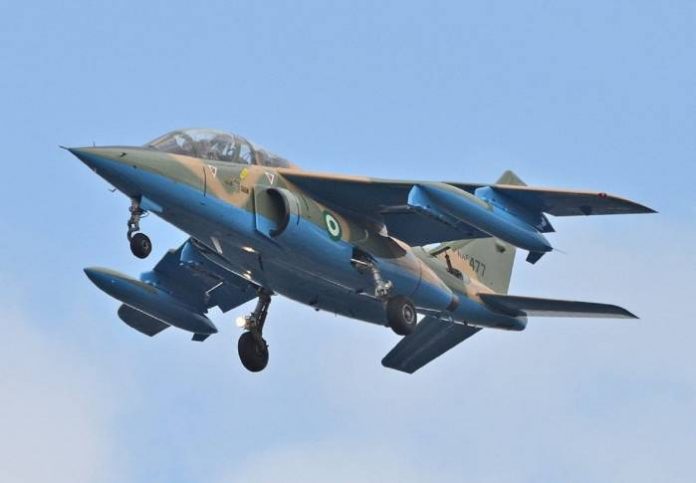 The Air Task Force of Operation Lafiya Dole has neutralised several Boko Haram terrorists in an air raid on their hideouts at Njimia and Dure in the Sambisa Forest, Borno.
The Coordinator, Defence Media Operation, Maj. Gen. John Enenche, made this known in a statement on Thursday.

He said that the military had continued to record successes in its air campaigns against terrorists in the North East.

According to Enenche, the latest air attack was conducted on Tuesday after series of aerial surveillance missions showed resurgence of terrorists’ activities in the two locations.

His words: “The NAF jets scored devastating hits in their successive bomb and rocket runs, resulting in the destruction of the terrorists’ structures and neutralisation of several BHTs.

“The Armed Forces of Nigeria will not relent until all enemies of the nation are neutralised and normalcy is restored to all troubled zones.”