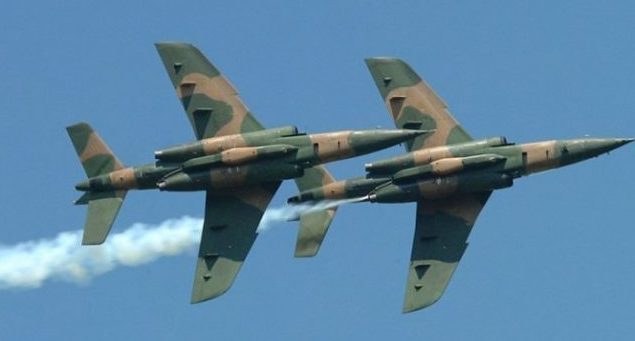 The Air Task Force of Operation Lafiya Dole has destroyed more hideouts of the Islamic State of West Africa Province (ISWAP) terrorists in Borno, killing scores in the process.

The Coordinator, Defence Media Operations, Maj.Gen. John Enenche, who made this known a statement on Saturday in Abuja, said the air strikes were conducted on Friday at Ngwuri Gana, along the Gulumba Gana-Kumshe axis and Tumbuma Baba on the fringes of Lake Chad, both in the Northern part of Borno.

According to him, the air strikes were conducted under a new subsidiary Operation, tagged “Wutar Tabki II.”

Enenche disclosed that series of aerial surveillance missions had indicated that both locations were being used as staging areas where ISWAP leaders and their fighters meet to plan and launch attacks.