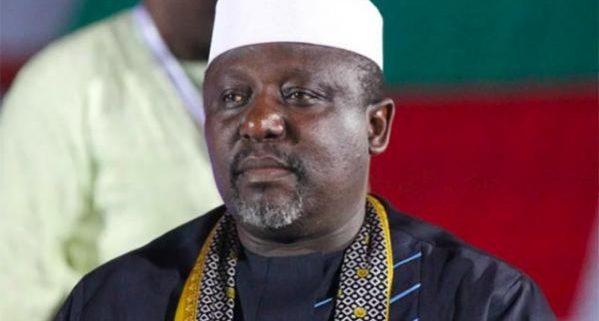 Okorocha said that any other building to be erected on the site of the demolished market would also be named after the deceased.

The governor’s Chief Press Secretary (CPS), Mr. Sam Onwuemeodo, announced this in a statement in Owerri on Thursday.

His words: “Not minding how and where the 10-year-old boy, late Somtochukwu Ibeanusi died on the day the Eke Ukwu Market was demolished and relocated, I will honour him by naming Douglas Road after his name.

“I have liberated Owerri indigenes from a wicked clique made up of few families in the area who have held the people captive for many years.”

The governor said that the boy’s death was still confusing as he died in Mbaise Road while the demolition took place in Douglas Road.

He said that irrespective of the circumstances of the his demise, the present government would still give the deceased his due respect by immortalising him.

Okorocha said that the immortalisation was necessary since Ibeanusi died the same day Owerri residents were liberated.

The state government on August 26 began the demolition of Eke Ukwu Market in the state capital.
The governor and the traders at the market have been at loggerheads after he announced his administration’s plans to demolish the market due to the volume of activities on the Douglas Road where the 10-year-old boy reportedly got killed.