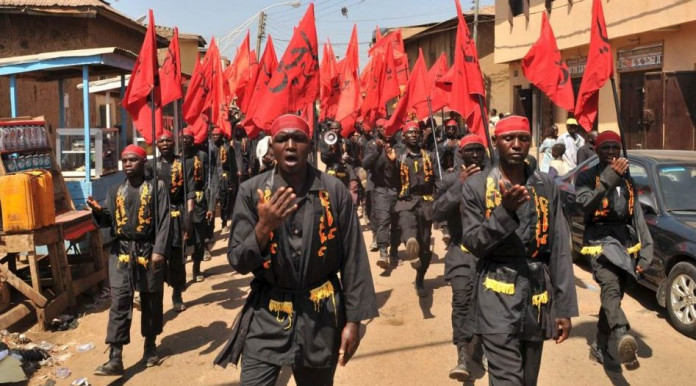 The Islamic Movement in Nigeria (IMN) has accused the Nigerian Army of killing 10 of its members at Zuba in the Federal Capital Territory yesterday.

The group said their members were killed and several others injured while on a peaceful religious procession of Arba’een from Suleja. A statement by the President, Media Forum of the group, Ibrahim Musa, condemned the action of the soldiers describing it as “unwarranted” especially when the procession was peaceful. Musa said: “The procession was being rounded up for the day, when soldiers opened fire on the peaceful marchers without any provocation whatsoever.

The Islamic movement cautioned security agents to stop harassing its members, “since today is just the beginning of the peaceful mourning march on foot and it is expected that more people may join the mass peaceful march, which will culminate in the grand Arba’een day to be marked on Tuesday, October 30, 2018, the same day it would be commemorated worldwide.”

An eyewitness told Sunday Sun that soldiers at a checkpoint in Zuba killed no fewer than five members of the Islamic sect. According to an eyewitness, the Shiites were in a procession from Suleja in Niger State to the capital city to protest the continued detention of their leader, Sheikh Ibrahim El-Zakzaky. “As members of Shiite Movement were coming from Suleja, on getting to the check point in Dan Kogi, Zuba, the military men asked them to go back.

But they bluntly refused and started stoning the soldiers and they gunned five of them down immediately.

“Shiite members were not perturbed seeing five of their men lying dead on the road. They were determined to fight to finish as they blocked the road causing traffic gridlock for more than an hour,” the eyewitness who doesn’t want to be named said. He added that, “it took a combined effort of military men from Dei Dei, Dakwa and Zuba to scatter them,” as they later ran in different directions for safety.