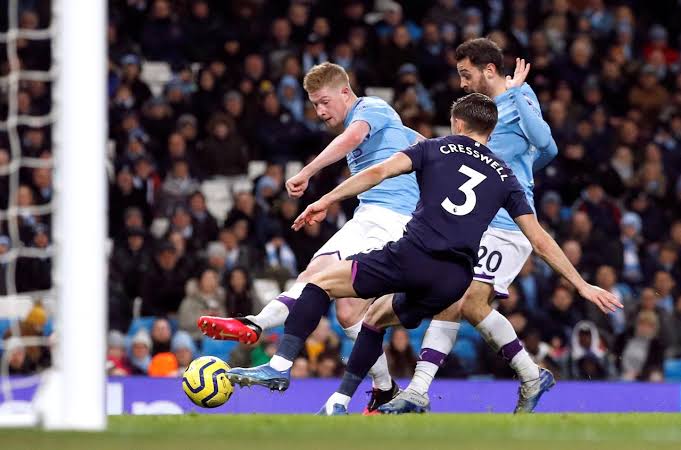 Manchester City showed no signs of letting their off-field problems distract them as they comfortably beat relegation-threatened West Ham United 2-0 in their re-arranged English Premier League (EPL) game on Wednesday.

Manchester City took the lead on the half hour from a well-worked corner kick routine, Rodri rising to meet Kevin De Bruyne delivery with a superbly-angled header at the near-post.

De Bruyne doubled the lead in the 62nd minute, squeezing in a right foot shot at Lukasz Fabianski’s near-post after a swift exchange with Bernardo Silva.

The Premier League champions deny the charges and are appealing against the decision.

While manager Pep Guardiola deflected pre-game television questions about the issue, Manchester City fans had no such reticence.

They shouted chants aimed at UEFA, including one which ended with “we will see you in court”.

Manchester City are second in the league but are 22 points behind leaders Liverpool while West Ham remained in 18th position, deep in the relegation battle.

The game was originally scheduled for Feb. 9 but was postponed due to stormy weather.