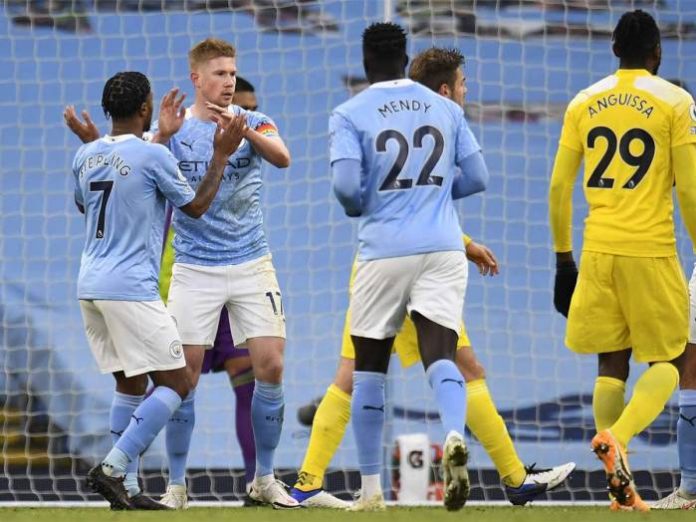 The result lifted City into fourth place on 18 points from 10 games while Fulham, who suffered a 10th straight defeat to their rivals in all competitions, stayed 17th on seven points from 11 matches, just outside the relegation zone.

City dominated throughout and only a string of superb saves from Fulham goalkeeper Alphonse Areola denied them a bigger win after Sterling fired the hosts ahead in the fifth minute and De Bruyne converted a 26th-minute penalty.

Areola kept out a Sterling sitter barely a minute before the England forward beat him with a clinical finish from inside the penalty area after he was put through by De Bruyne.

Areola then denied Sterling and De Bruyne several times and the latter also hit the woodwork after a flowing move, with Fulham failing to muster anything meaningful up front in a lop-sided contest.