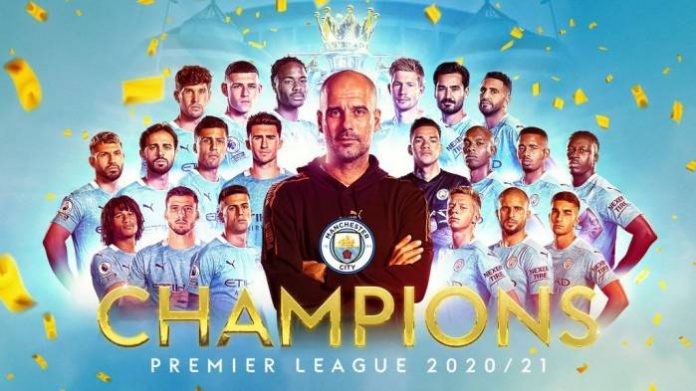 They were confirmed after second-placed Manchester United lost 1-2 at home to Leicester City on Tuesday.

Pep Guardiola’s City side, who missed the chance to seal the title when they were beaten 2-1 by Chelsea on Saturday, are 10 points clear of United, who also have three games left.

It is City’s third Premier League title in five seasons under Guardiola and their fifth in the last 10. (Reuters/NAN)