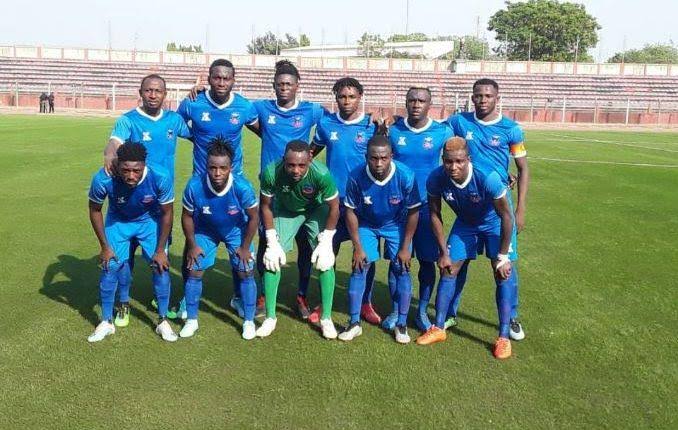 The management of Lobi Stars Football Club has approved the indefinite suspension of three of its players.

A statement by the club’s Head of Media, Emmanuel Uja, on Thursday in Makurdi listed the suspended players as Ebube Duru, John Lazarus and Ossy Martins.

Uja claimed in the statement that the players, who were suspended for various offences, were served queries respectively but their responses to those queries were unsatisfactory.

He also said Duru was suspended for insubordination and sabotage, alleging that he was influencing his teammates negatively.

“He has persistently feigned injuries to opt out of several games without the club Medical Officer’s excuse duty certificate.

“The height of this was when he defied the Vice Chairman’s strong instruction that he must make the Match Day 33 trip to Katsina,” Uja said.

He also alleged that Lazarus and Martins feigned injuries and opted out of the Aiteo Cup round of 16 match against Bayelsa United.

Uja said the two players were spotted in the camp of another Nigeria Professional Football League (NPFL) club for a contract negotiation which they never notified Lobi Stars of.

“The management considered their conduct as an act of sabotage. The suspension of the three players takes immediate effect without pay to serve as deterrent to other players.

“The club has played their last four games undefeated without the suspended players, though they were rated as the best,” he said.

Uja restated that the Emmanuel Tama Aondofa-led management had zero tolerance for indiscipline and needed to enforce discipline regardless of who was involved.(NAN)