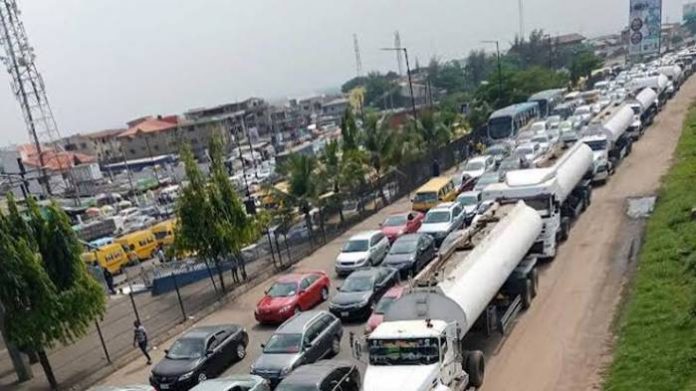 The Acting Federal Controller of Works in Lagos State, Mrs Forosola Oloyede, said on Sunday that more law enforcement and traffic regulatory agencies had been deployed to manage traffic along the Lagos-Ibadan Expressway.

She said this in a statement in Lagos, in which she gave an update on traffic situation at the Berger/OPIC axis of the expressway, where construction works are ongoing.

Road users along the route have been facing hard times, spending long hours in gridlock resulting from the construction.

The situation in the last four days became so tough for road users that some people in the area staged a protest on Saturday, carrying placards calling for the federal government’s intervention.

The government responded by apologising and promising to review the traffic management in the axis, among other steps to ease the hardship.

Oloyede said on Sunday that the police, as well as the Federal Road Safety Corps and Lagos State Traffic Management Authority had been engaged to improve traffic control on the route.

She also said that the contractor had also been instructed to block all illegal road diversions, especially between Magboro and OPIC.

“This is to prevent the illegal U-turn at OPIC which also exacerbate the traffic gridlock within that axis,” the official said.

Oloyede warned that any motorist caught removing any of the barriers used in blocking illegal diversions would be arrested and duly prosecuted.

She said that the congestion experienced between Friday and Saturday on the highway was due to impatience and reckless driving by some motorists.

According to her, such motorists drove against traffic, thereby causing hardship to other law abiding road users.

She advised road users and motorists are to desist from this and avoid running foul of the law.

Oloyede said there was a moving traffic along the axis occasioned by the reconstruction work.

She, therefore, urged motorists to always exercise patience around the construction zones as there were expected delays around those areas.

“However, the Ibadan-bound lane is now clear and there is free flow of traffic, while the Lagos bound lane is expectedly slow but moving as a result of the ongoing works,” she said.

The acting federal controller thanked residents and road users for their understanding, patience and cooperation.

Oloyede also thanked officials of the Lagos State Government for their input, cooperation towards addressing the gridlock.

She said the ongoing construction works on the axis were geared towards the timely completion of the project, in order to deliver a world class road infrastructure to Nigerians.

She said this was in order to prevent future occurrence of such gridlock and allow the timely completion of the project. 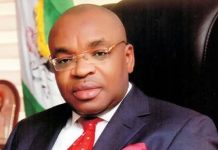