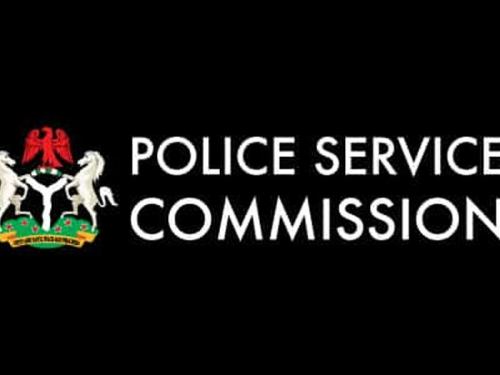 The Police Service Commission, PSC, on Sunday said its officials were overstretched in protecting voters and election materials during Saturday’s elections in Bayelsa and Kogi.

The Commission admitted that the security agencies were overwhelmed in certain circumstances.

The Head of Press and Public Relations of the Commission, Mr. Ikechukwu Ani, who made this known in a statement in Abuja however, commended the police and other security agencies for their efforts.

Ani while reacting to the interim report from the commission’s teams that monitored the elections, said the report indicated that the police and other security were very professional in spite of many challenges in the two states.

According to him, some of the challenges identified by the monitoring teams were proliferation of illegal weapons, inadequate logistics and difficult terrains.

He said however that the monitoring team observed that the police did its best to contain the situation.

The PSC spokesman said that the findings indicated that the police were early at voting centres and had adequate presence in most places.

He said: “The commission monitored the conduct of police officers on election duties in the Nov. 16 Bayelsa and Kogi elections and observed that the police were professional in their conduct.

“It was observed that the activities of illegal armed men overstretched the capacity of these officers to protect the voters and the electoral materials.

“The commission, therefore, calls on the leadership of the security agencies to immediately take steps to mop up these arms to safeguard the nation’s democracy.”

Ani disclosed that the team received about 31 distress calls to its advertised dedicated telephone numbers, adding that most of the complaints were on snatching of ballot boxes and indiscriminate shootings.

He said there were also complaints about other election malpractices such as vote-buying and multiple thump printing.