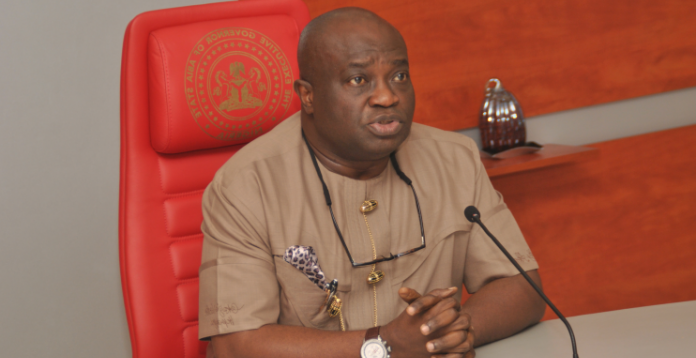 Abia State government has vowed to probe the loss of life which resulted from a clash involving an alleged revenue collector and security agents posted to the office of one Kenneth Chikezie.

Chikezie is said to have claimed to be a licensed Physical Planning and Infrastructure Development Fund, PPIDF, revenue collection agent.

Many other people were also said to be injured in the clash.

The decision to probe the clash and bring those culpable to book was announced by the state’s Commissioner for Information, Chief John Okiyi Kalu.

The government also disclosed the dissolution of the PPIDF board following its link to the clash that resulted in the loss of life.

Said the commissioner: “Unfortunately, the government received reports of a clash involving alleged revenue collection agents and security agents posted to the office of one Kenneth Chikezie who claimed to be a licensed PPIDF revenue collection agent. The clash led to the death of one person and injury to many others, including security agents. As a responsible government, we will let the security agencies unmask the real identities of those involved in that dastardly act while we would in the interim guard against further loss of lives.

“No responsible government will condone the loss of a citizen’s life, especially when it is linked to an action by the board of a government establishment which obviously may have contravened laid down rules of engagement.

“The Board of PPIDF was clearly directed not to issue any revenue license for fiscal year 2018, as can be verified from the attached documents, and yet admitted licensing the said Kenneth Chikezie, as revenue collector, who further procured security agents for his illegal activities.

“The ugly incident of yesterday left the government no choice than to dissolve the board of PPIDF and demand a comprehensive investigation of the killing with a view to ensuring that the culprits are punished in accordance with the law.

“We wish to categorically state that the action of the government in dissolving the board has no relationship with any petition on corruption before any agency of government.”

The commissioner informed of how the action of the PPIDF that is believed to have caused the clash was a violation of the directive by the state government.

The order was given, pending the completion of the process supervised by the global consultants, Canadian Software Development Corporation (CSDC).

He said public announcements were also made through various media houses in the state informing members of the public not to deal with any revenue collection contractor pending further information from the government.

But despite the efforts, the commissioner said the board of PPIDF flouted the directive and on the 18th of January 2018 the Chairman of the Board, Barr Nnamdi Ahaiwe, received a formal query.