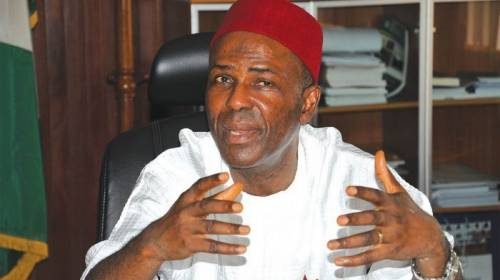 President Muhammadu Buhari has reportedly  shortlisted immediate past Minister of Science and Technology, Dr Ogbonnaya Onu, as the Secretary to the Government of the Federation (SGF).

If this speculation becomes a reality, Onu will play a major role in the Next Level tenure of the APC-led government, which kicked off on May 29, 2019.

“Except in the event of a last-minute change of mind, Dr. Onu will be appointed the next SGF within days,” a credible source close to Aso Presidential Villa told News Express on Friday afternoon.

A loyal and long-time member of the ruling All Progressives Congress (APC), Onu, who hails from Ebonyi State, is a former Governor of old Abia State.

Reports confirm that President Buhari has been under pressure to give the SGF position to the South-East following the shutting out of the region from government – including leadership of the military and the National Assembly.