Home Features June 12: Never To Be Wished Away, But Where’s the Hope? 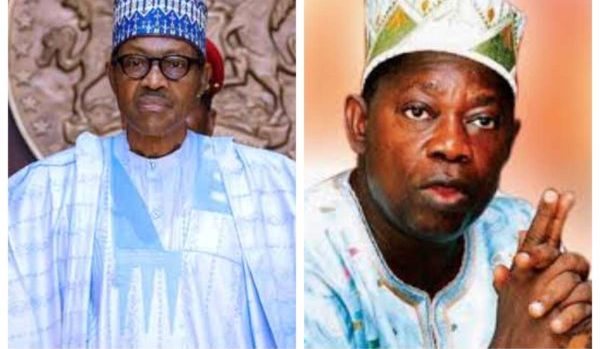 For any Nigerian who had attained the age of reason as at June 12, 1993, the day and the events that followed would remain indelible in their memory.

The day carries such significance that merely mentioning ‘June 12’ relays a message.

In their numbers, from the North to the South, the West and the East, they trooped to the polling centres to cast their votes for civilians whom they wanted to run the affairs of the country.

On that day, they chose Moshood Kashimawo Abiola, popularly known as MKO, a 56-year-old renowned businessman and the Aare Ona Kakanfo of Yoruba land, to be the president.

At least, he was widely believed to have won the election, which was also adjudged to be the freest and fairest election held in the country.

However, the expectation of the people was cut short by the then Military Head of State, Gen. Ibrahim Badamosi Babangida, who annulled the Presidential election claiming it was not as free as the people had believed.

This led to a civil uprising as Nigerians refused to sit down and take the decision. Following the chaos that took over the country, Babangida was forced to step aside and an interim government headed by Mr. Ernest Shonekan was put in place.

However, the government was toppled after a few months by Gen. Sani Abacha, who through a coup, took over power in November 1993.

That did not kill the struggle for the actualisation of the June 12 dream, but rather added more impetus to the struggle.

Sometime in 1994, things came to a head when Abiola declared himself President of Nigeria and was arrested by Abacha for treason. All hell was let loose and things went on a further downward spiral.

Unfortunately, Abiola, died in prison in 1998 without actualising his dream, but the struggle lived on long after he was committed to mother earth.

June 12, remained a day that could not and would not be wished away.
Leaders over the years struggled with the day, at a loss as to what to do with it. It was like the proverbial fly that perched on the scrotum, until June 8, 2018, when President Muhammadu Buhari proposed that the day be recognised as Nigeria’s Democracy Day.

June 10, 2019, he sealed the deal by signing into law the new Public Holidays Act (Amendment Bill) 2019, which officially recognised the day as the nation’s Democracy Day and a national public holiday.

Of course, long before Buhari’s decision to make June 12 a Democracy Day, Lagos State and some other South-West states had been observing the day as a public holiday and democracy day.

He said: “June 12 was a lost opportunity. You don’t recover such with mere symbolism. The sudden discovery by the All Progressives Congress, APC, to honour the date is politics taken too low. If they recognise the date why run away from the event and the personality? Let them complete the circle and declare MKO Abiola president.

“I am not interested in this mockery. Let the President and his party show leadership. There is a failure everywhere.

“Is it a coincidence that on the eve of June 12 questionable characters were elected to lead the 9th Assembly?

Nigerians should not celebrate, but sit at home today, June 12, to mourn, yet again, the loss of vision to greatness.”

But Mr. Tony Opara, a media personality, is to an extent satisfied with the step.

“I support the naming of June 12 as Democracy day to the extent that it was Abiola’s sacrifice that created May 29. It’s also important to note that Obasanjo refused to honour Abiola who was his kinsman.

However, the cabal in charge of the President saw the political capital in adopting June 12 as Democracy day.

My only point of departure is on the national award bestowed on Alhaji Babagana Kingibe who betrayed Abiola. I believe it was Kingibe that gave the advice that led to the adoption,” he said.

Mr. Toye Fawole, a Media Strategist, also supports the President’s move, but with some reservations.

His words: “It’s so good that at last June 12 has been accorded its proper recognition in the nation’s annual political calendar. Being involved in the June 12 struggles as a journalist, it is so highly gratifying. Kudos to President Muhammadu Buhari for signing the June 12 Bill into law, which means there’s no more May 29, which means far less to Nigerians than June 12.

“One only wishes, however, that OBJ had done this and taken the glory.

“But then the situation on the ground in Nigeria today is a negation of the true spirit of June 12. What do we do with the official nepotism and one-sided favouritism? We’ve got it all wrong. If I may remind us all, Abiola’s campaign slogan was HOPE ’93. Where’s the hope today?”

Indeed, where is the hope today? June 12 is bigger than the date as captured in the yearly calendar. It is not just a day out of 365 or 366 other days of a year. June 12 is about the expectation of Nigerians to have in place a government freely chosen by them through the ballot, a feat that has eluded the country 26 years after the 1993 election.

It represents the struggle of so many years that led to the eventual hand over to a civilian government on May 29, 1999.

June 12, represents all those who lost their lives in the struggle.

Nothing really could ever make up for what Nigeria and Nigerians lost to that annulment. Abiola can never be brought back to lead the nation even if he is posthumously recognised as president as some have suggested.

However, good governance by those who find themselves in authority would go a long way to offset the debt owed to the nation by those who aborted that dream.

Many Nigerian’s have adjudged the 2019 elections midwived by the President Buhari-led administration as the worst in the history of the nation. Many have also bemoaned his four years in office.

Can Mr President, then, resolve that going forward, his administration would give Nigerians good governance as defined by Naam?

That indeed would be the best way to honour the memory of MKO and those who died that Nigeria may be.