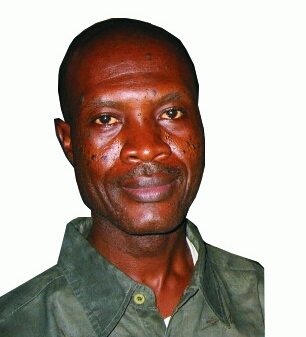 The permutation now is, which zone would produce what.

In Abia State, the agitation for the occupation of Government House, Umuahia, is now on the front burner of political discourse. But it is imperative to warn that Abia politicians should not key into the hubris voiced by Dr. Orji Uzor Kalu in 2006; that there’s nothing like zoning of political offices in Abia State. He dismissed the Abia Charter of Equity as a gentleman’s agreement, which has no binding effect on politicians in the state.

While Dr. Orji Uzor Kalu’s assertion was an affront to the founding fathers of Abia State, it could be reasoned that why Isuikwuato District; the “I” of ABIA was skipped in the power rotation is that; since Isuikwuato District and Bende zone are in the same Abia North Senatorial zone, it would have been unacceptable to domicile the governorship of the state in the same Senatorial zone for all of four terms of four years each, and were the incumbents to do second tenures, that would make a total of sixteen unbroken years. It was based on the above logic that when Governor T. A. Orji, who was the beneficiary in Abia Central concluded his two terms in 2015, he and other stakeholders in the state made a strong case for power to shift to Abia South Senatorial zone. This produced Governor Okezie Ikpeazu in 2015. Therefore, it is left to reason that following this logical order of things, the next governor of the state should come from Abia North since the other three zones have taken their turns at the helm of affairs in the state.

The above must have informed the recent comment by the incumbent Governor, Dr. Okezie Ikpeazu at the occasion of the 28th Anniversary of the creation of Abia State on 27th August 2019, that he will do all he could to ensure that power rotates in the state based on the Charter of Equity.

This assumption must have opened a Pandora box of scheming from some sections of Abia North laying claims to their rights to produce the next governor of Abia State come 2023.

While the governor must be commended for keeping faith with the Abia Charter of Equity, he needs to be reminded that the “I” in the ABIA acronym, which is Isuikwuato, has not had their turn at the governorship of the state.

It is instructive to note that the conception and formation of Abia State by our founding fathers was not done based on this present senatorial zonal format or else, the name ABIA, which everybody is crazy about today, would not have been possible to coin. The founding fathers of this great state in their wisdom saw the need to bring the four zones of the geographical areas of old Abia State together and that gave birth to ABIA, which is the acronym from the first letters of the zones; “A” for Afikpo, “B” for Bende, “I” for Isuikwuato and “A” for Aba Division. Having achieved this arduous feat of coining the name ABIA, they agreed that governance of the state be rotated in that order to encourage mutual peace and even development of the state.

Therefore, in the present senatorial zone format, the place and right of Isuikwuato, the “I’ of ABIA, must be respected in Abia North.

Isuikwuato District people are not conjuring up things to justify their quest for power. It is their inalienable right as enshrined in the Abia Charter of Equity by the founding fathers of the state in 1981. And it must be emphasized here that, WE, Isuikwuato are Igbo. We believe in ofo na ogu in the administration of justice in Igbo land. We do not fight a war of blame and don’t lay claim to what is not our right.

From 2007 till date, we have suffered and endured neglect, abuse, manipulation and marginalization in our collective enterprise (ABIA STATE) with the equanimity of patriots.

While we don’t want to join issues with any section of Abia North laying claims to the governorship slot come 2023, we hold high the ofo Abia in demand for our right. We were denied our right in 2007 and we showed understanding. In 2015, we were by-passed, for Abia South and we showed courage, understanding and patriotism. And now that Abia North will produce the governor of the state in 2023, it is, therefore, Isuikwuato District’s date with history.

We, therefore, call on those beating the drums of war, to sheathe their swords before they drag Abia into political anarchy. Isuikwuato cannot be intimidated or cowed into giving away their political birth right. Isuikwuato has contributed in no small measure and will continue to contribute to the development of Abia State within the confines of the laws of the land. Isuikwuato is for peace and progress of the state under the banner of JUSTICE AND EQUITY.

* Emenike Bright Esike, is a Public Policy Researcher and Analyst and lives in Lagos and can be reached via [email protected]