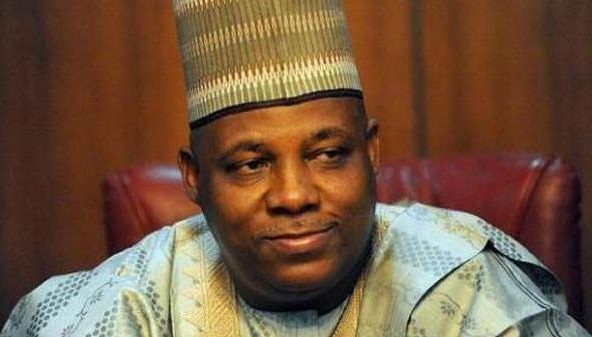 While speaking on the need to continue to ensure peace among the people of the different parts of the country, the governors praised the governors of the South East and Nyesom Wike for their efforts in that regard.
Speaking on behalf of his colleagues, Shettima told Wike: “Governor Wike, we are mightily proud of you. We are mightily associating ourselves with you. Nigeria is greater than political differences. We belong to one political family and that is the Federal Republic of Nigeria.

“No interest should be bigger than the Federal Republic of Nigeria. You believe in the Nigerian Project. For that, we remain eternally grateful. In spite of what has happened in Abia State, steps have been put in place to ensure there is no retaliatory attack in any part of the country.”
In his response, Wike said, “Rivers State believes in the unity of this country. Rivers State will not be part of those calling for the disintegration of Nigeria. We owe it as a duty to protect every Nigerian living in the state.
“I will not allow any group to intimidate, harass or attack other Nigerians living in the state. We are Rivers people and we belong to the Niger Delta.”

During a similar visit to Abia State, the Northern governors commended the efforts of the state governor, Okezie Ikpeazu, saying that his handling of the precarious situation was commendable.
“We are here to show solidarity. We have a moral obligation to ensure that Nigeria remains one. Nigeria is the largest conglomeration of black people in Africa and we cannot afford to separate.

‘‘If we separate, where do we go? North is the Sahara Desert and Chad cannot contain us. If we go South, it is the Atlantic Ocean; south is too small for us and the mountains of East Africa, with their so many challenges, cannot accommodate us.

“We are here to remind Nigerians that we are better as one. We are here to also invite our South-East colleagues to come to the flashpoints of the North to speak to Ndigbo living in the North,” Shettima said.
Apparently enthused by the show of love, Ikpeazu gave assurance that every Nigerian would be protected in the state irrespective of his or her part of the country.

His words: “I am delighted by this show of solidarity by our brothers from the North. When this crisis started, I asked myself: what will my brother, Tambuwal in Sokoto, do if he is in my shoes or Shettima of Borno?
“We are one and I want to assure you that the security of all Abia residents, both indigenes are non-indigenes, are guaranteed. We cannot allow a few people to separate us.”

Indication that there is collaboration between Northern and Southern leaders to ensure peace in the country despite the activities of IPOB was given by the governors of the South East states.
During their proscription of IPOB, the governors said they were in touch with their northern colleagues to prevent a reprisal attack in any part of the country.