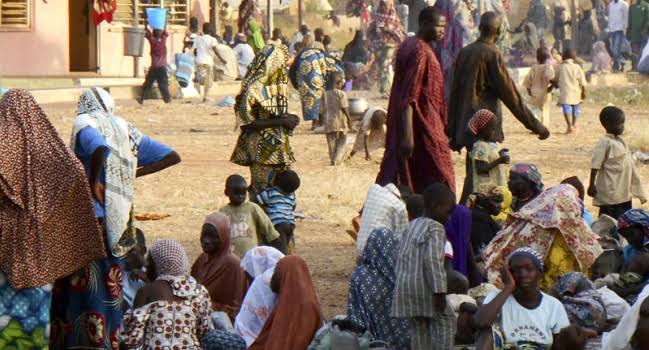 The State Governor, Prof. Babagana Zulum, made this known while addressing State House correspondents at the end of a closed door meeting with President Muhammadu Buhari, at the State House, Abuja, on Friday.

He said that the decision to close the camps in Maiduguri was informed by the recent improvement in the security situation in the state.

According to him, the government has decided to close the camps to enable the displaced persons return to their ancestral homes.

“I came to brief the President on the efforts made by the Borno State government in ensuring the return of internally displaced persons to their homes.

“So far so good, Borno State government has started well and arrangements have been concluded to ensure the closure of all internally displaced persons’ camps that are inside Maiduguri metropolis on or before Dec. 31, 2021,” he said.

According to the governor, arrangements have also been concluded for the safe return of displaced persons, currently residing in neighbouring Niger and Cameroun Republics, in collaboration with the federal Ministry of Humanitarian Affairs.

“In addition to that, Borno State government is also making efforts in collaboration with the Ministry of Humanitarian Affairs to continue with the repatriation of Nigerians that are living in Minawo camp in Cameroun.

“Furthermore, on Nov. 27, Borno State government will ensure the resettlement of IDPs that are living in Diffa Province of Niger to Malumfatari, a local government area in Borno State, where now, we don’t have human population, because of the insurgency,” he added.

Zulum commended the nation’s security agencies for their support and efforts in the restoration of peace to troubled local government areas in the state.

“To this effect, the Nigerian military is providing all the needed support to the government of Borno State.

“I am pleased to inform you also that the Chief of Naval Staff has ensured the return of Naval Base to Baga last month,” he said. (NAN)