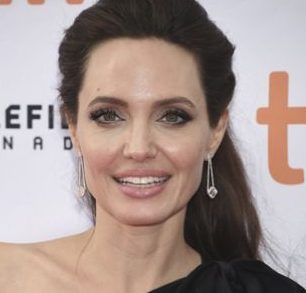 A young woman dubbed the “ Corpse Bride ,” who reportedly underwent 50 surgeries to resemble Angelina Jolie, has confessed that it was all a prank, thanks to elaborate makeup and computer tricks.

“Now I can see that I have something in common with [Angelina Jolie], but I amuse myself, and to look like someone is not my goal,” Sahar Tabar, a young Iranian woman, told Russian news outlet Sputnik, as translated by the U.K.’s the Sun. “Over time I post a photo, I make my face more fun and funny,” she said. “It is a form of self-expression, a kind of art. My fans know that this is not my real face.”

Last week, Tabar (whose age has been reported as both 19 and 22) abruptly went viral for shocking photos that showed her with exaggerated facial features, cheek piercings, and a gaunt frame.

According to Newsweek, after an avalanche of follower requests and more media coverage than she’d bargained for, Tabar deleted her Instagram photos, made her account private, and changed her handle to Parisa Amiri.

READ ALSO: Eminem is still using the word ‘retarded’ — why that’s an issue 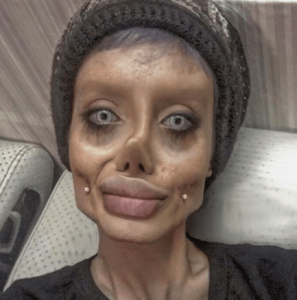 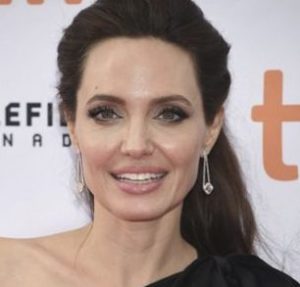 “Hi friends of friends who are not from Iran,” she wrote Saturday in a now-deleted message, per Newsweek. “I’m upset and I just want the Iranians to follow my page. People of the foreign countries don’t follow me please. I only accept Iranian requests.”

According to the Daily Mail, Tabar underwent surgeries for “a nose job, enlarged mouth and liposuction” and wears blue contact lenses, but the rest is an illusion. “This is Photoshop and makeup,” she said.