The Senate President, Bukola Saraki, on Friday declared that he was unperturbed by the decision of the Federal Government to file an appeal against the ruling of the Code of Conduct Tribunal, CCT, which discharged and acquitted him in a case of alleged false declaration of assets.

Saraki, in a press statement issued by his Special Adviser on Media and Publicity, Yusuph Olaniyonu, said he was confident that he would again be vindicated by the Court of Appeal since the facts of the case remained the same.

According to him, the latest efforts by the government amounted to mere grandstanding and another media trial without any substance.

Said he:  “Following the decision of the Federal Government to file an appeal against the ruling of the Code of Conduct Tribunal (CCT), which upheld the plea of no case submission he made on the 18-count charge of false asset declaration preferred against him, Senate President, Bukola Saraki, wishes to reiterate his earlier position that he remains unperturbed by the development.

“Dr. Saraki is confident that the verdict at the appellate court would not be different from that of the tribunal as the facts of the case remain the same and the grounds on which the decision of the CCT was based remain unassailable.

“Anybody who has been following the proceedings and the evidence given by the prosecution witnesses during examination in chief and cross examination should know that if presented before any court of Justice and law, the same outcome as in the CCT would be arrived at.

“Those who are running commentary on the ruling by the Tribunal and criticizing it are those who are not even familiar with the case and the details coming out of the trial.”

The Senate President said he was amazed at the desperation of some government officials and those outside government to pull him down.

He said they were desperate about this, not minding whether or not the institution of the judiciary was destroyed in the process.

“That is why they sponsored stories of allegation of  bribery in an online publication against the Tribunal judges.

“The Senate President seizes this opportunity to call on security agencies to immediately commence investigation on this bribery allegation.

“It is his views that those who made the allegation should be invited to substantiate their claims,” he said.

Saraki said further in the statement:  “This same desperation made a man like Prof. Itse Sagay, the Chairman of the Presidential Committee on Anti-Corruption (PACAC) to appear on tape admitting in a foreign country that he interfered with the process in the Tribunal when in an unethical manner he was instructing the judge on how to conduct the trial. Corruption is not just about giving or diverting money. When an official interferes with the judicial process with a view to achieve personal objectives, that is corruption.

“The Senate President notes that another sign of desperation by those who want to get him convicted at all cost was the failed antics of the prosecution counsel, Mr. Rotimi Jacobs, who in collusion with the Economic and Financial Crimes Commission (EFCC) sought to manipulate evidence at the tribunal.

“On realising the fundamental flaw in its case as it did not invite the defendant to make any statement at any point in the investigation, the prosecution brought in an agent of the EFCC to tender old statements Saraki made in a totally different and unrelated matter that had nothing to do with false asset declaration.

“The prosecution forgot that the letter inviting Saraki to make the tendered statements explicitly mentioned the matter being investigated. At least, there are documents to prove this.

“The prosecution tried to circumvent the judicial process by ensuring that the witness did not enter into the witness box so as not to be on oath. However, the tribunal, as it is obvious in its ruling, saw through the dirty trick. It therefore disregarded that piece of evidence and described it as irrelevant and of no value to the case.

“If not desperation by the prosecution, why is the EFCC so involved in a case of false asset declaration which is an exclusive preserve of the Code of Conduct Bureau (CCB)? All the evidence presented during the trial were from the EFCC.

“The Commission rendered the CCB a second fiddle player. That is why the only CCB witness presented by the prosecution gave what the tribunal referred to as ‘hearsay evidence’.

“The CCB chief prosecutor testified that he got his instruction to investigate the case orally. He made his report from the investigation orally. Even the directive to ‘collaborate with EFCC’ on the investigation was given orally, a development the tribunal found strange and unknown to law.

“All these antics aimed at perverting the course of justice were obvious throughout the period of the tribunal’s sitting. Though, one is conscious of the fact that the anti-graft agency and its allied bodies are frantically looking for a poster-case to sell its anti-corruption campaign and there is the hunger for conviction in a celebrated case to advertise in the international arena government’s determination to pursue the anti-graft campaign, we implore them to achieve this aim by allowing Justice to take its normal course.

“This Appeal against the CCT ruling is nothing but another attempt to grandstand and embark on another media trial without any substance. This is why the Senate President is sure it will be another exercise in futility.

“Dr. Saraki has demonstrated his unflinching belief in and respect for the judicial process and its ability to resolve issues relating to fundamental rights of Nigerians. That belief in the judiciary is the basis for his assurance that the position of the CCT that he is not guilty of the charges preferred against him would be  sustained in the higher courts.” 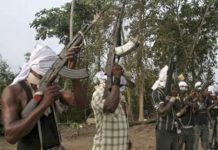 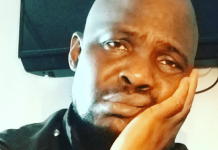