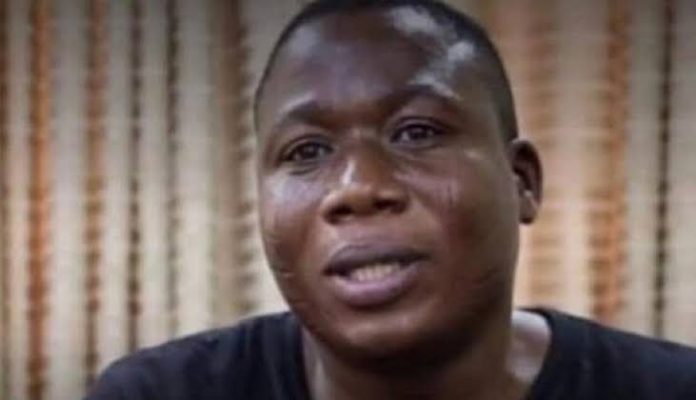 Counsel to the 12 Igboho’s associates, Pelumi Olajengbesi, has distanced himself from a report, alleging that Justice Obiora Egwuatu travelled abroad in a bid to evade signing the release warrant of his clients.

Justice Egwuatu had, on Aug. 4, admitted the 12 applicants to a bail, following a suit filed by their lawyer for enforcement of their fundamental rights.

Olajengbesi, who condemned the allegation against Justice Egwuatu, disassociated himself from such reports.

“We have received several calls and messages across the globe trying to ascertain the veracity or otherwise of some media reports currently in circulation on social media and news outlets particularly outside the country with respect to the above subject matter.

“It has therefore become imperative for us to put up this public notice so as to set the records straight.
“The report that the Hon. Judge handling the matter was kidnapped by unknown gun men is not only false but condemnable as same is far from the truth.

“The report that the said Hon. Judge travelled out of town in an attempt to evade signing the release warrant of the applicants is equally condemnable and we do not want to be part of such reports.

“Also, let it be known that where a judge is absent under such a circumstance, any other judge within the Federal High Court can sign the release order and that is in process,” he said.

He said the process of perfecting the bail conditions of those in custody was still in progress in accordance with the rules and practice of the court.

“We are confident that the release order will be signed as soon as all administrative bureaucracies are concluded.

“We therefore appeal to the general public to exercise patience with the process,” Olajengbesi concluded.
Earlier, the Chief Registrar of the court, Mr Emmanuel Gakko, also gave the clarification in a statement on Wednesday.

Gakko said that contrary to the claim by some media publications, Justice Egwuatu did not disappear but rather travelled on a national assignment outside the country.

He stated that although the court is on vacation, there are judges on ground, including Justice Ahmed Mohammed, another vacation judge. who could handle the matter.

The 12 applicants, who had been in the detention of the Department of State Services (DSS) since July 2, were arrested on July 1 during a raid on the residence of Mr Sunday Adeyemo, also known as Sunday Igboho, the Yoruba nation agitator, in Ibadan.(NAN)