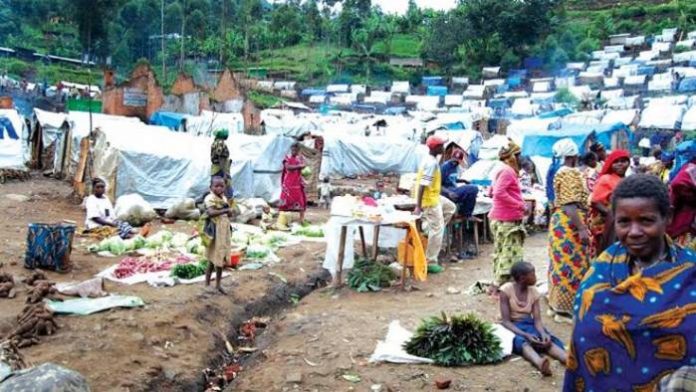 Mr. Luka Yathuma, the Secretary of Internally Displaced Persons (IDPs) at the Kuchigoro Camp, Abuja, has pleaded with the Federal Government to rehabilitate IDPs like it did with ex-Boko Haram members and Niger Delta militants.

In an interview with the News Agency of Nigeria (NAN) on Sunday, Yathuma said such gesture would go a long way in enhancing the living standards of IDPs and give them a sense of belonging.

He said IDPs belonged to the group of poor and vulnerable, as a result of activities of Boko Haram in the country.

“We are law abiding citizens of the country who don’t want to cause any harm on anyone. And the people that put us in this condition are being rehabilitated, trained in skill acquisition and after that they are empowered.

“Those of them that want to go to school are being given scholarships to go to school, but what about their victims that are dropping out of school because of the condition they found themselves?

“We are begging the federal government to also rehabilitate IDPs, provide them with skill acquisition opportunities and scholarships to make their lives better like the ex-Boko Haram members and Niger Delta militants.

“The reason we are in the camp is because we did not want to join the bad group, but when we see the bad group that made us come here being taken care of, it breaks us down emotionally and psychologically.

“There is nothing wrong in rehabilitating ex-Boko Haram members, but what about the victims? He asked.
He wondered why people who were rescued from the den of insurgents and ex-members were being empowered, while theirs victims, like the IDPs were left to wallow in abject poverty.

Yathuma stressed that IDPs were living a miserable live in the camps, and that was not fair.
“The youths in IDP camps may become tools in the hands of bad politicians and criminal gangs. If the country is not secure, the rich and their wealth will also not be secure.

“Go inside our tent and see, we lay on bare ground and our children are suffering from cold, malaria and other illnesses. Just recently, about six people died in our camp here in New Kuchigoro as a result of cholera outbreak and no help yet.

“Our condition is terrible, some rich people will not keep their dogs or chickens in the tent we are sleeping, but it has become our comfort zones, because we have no option.

“Before we were displaced, most of us had houses, cars, sources of income and means of livelihood, but now we have lost everything. We are emotionally down. It is not easy,” Yathuma said.

He begged government and kind-spirited individuals to come to their aid, as life had not been easy for the over 1,724 IDPs in the Kuchigoro Camp. (NAN)