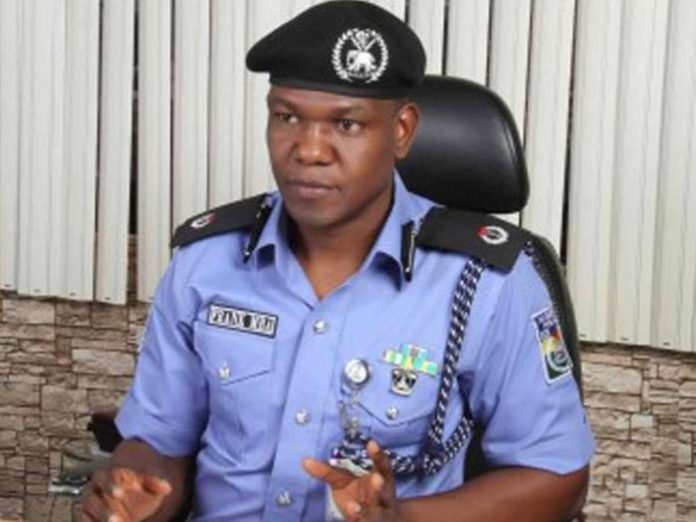 The Acting Inspector-General of Police (I-G), Mr. Usman Baba, has approved the re-appointment of Mr. Frank Mba as the Force Public Relations Officer.
The I-G also approved the posting of Mr. Hafiz Inuwa, an Assistant Inspector-General of Police (AIG), as the Force Secretary and Mr. Idowu Owohunwa, as the Principal Staff Officer (PSO).
Mba announced this in a statement on Friday in Abuja.
According to him, the new force secretary takes over from Mr. Mustapha Dandaura, an AIG who had been redeployed to Zone-7 Police Headquarters, Abuja.
“Inuwa holds a Masters Degree in Public Policy and Administration (MPPA). Prior to his appointment, he was the AIG in charge of Zone-13, Anambra.
“He previously served as the Commissioner of Police in charge of Delta and Cross River, among other strategic positions.
“He is a member of the National Institute of Policy and Strategic Studies (NIPPS) Kuru, Jos,” Mba said.
Mba is a lawyer and a member of the Nigerian Institute of Public Relations (NIPR).
He is also an alumnus of the University of Dundee, Scotland – UK, where he earned a Master’s Degree in Law.
READ ALSO: Three In Police Net For Vandalising EEDC Property
Mba also holds a Diploma in Police Strategic Management from the University of Virginia, U.S  and a graduate of the FBI National Academy in Quantico, Virginia, U S.
In addition, Mba holds a certificate in National and International Security from Harvard University, U.S.
The statement said that Owohunwa, the re-appointed PSO, holds a Bachelor’s degree in International Studies from Ahmadu Bello University, Zaria.
He also holds a Master’s Degree in Criminal Justice Studies and Policing from the University of Leeds, UK, among others.
The appointments take immediate effect, according to Mba.(NAN)