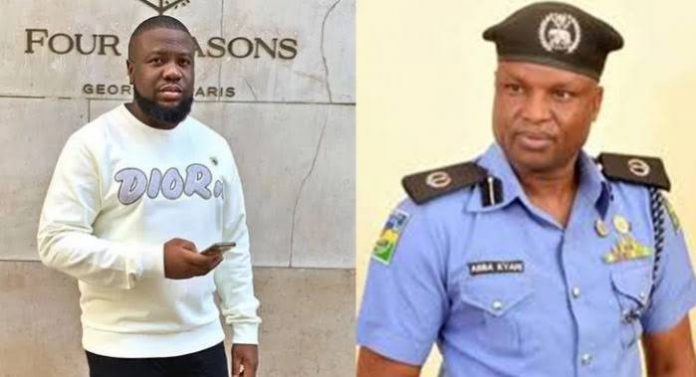 The Inspector-General of Police, Usman Baba, has dispatched the Special Investigation Panel report on Abba Kyari’s alleged roles in the $1.1m fraud perpetrated by an Instagram influencer, Abbas Ramon, commonly known as Hushpuppi and four others, to the Attorney-General of the Federation and Minister of Justice, Abubakar Malami, and the Police Service Commission.

Sunday PUNCH gathered that the report, which indicted Kyari, a Deputy Commissioner of Police, was received by the AGF office and the PSC last week.

Our correspondent had reported that the SIP Chairman, DIG Joseph Egbunike, submitted the committee’s findings to the IG on August 26, at the Force Headquarters, Abuja, 24 days after the panel was inaugurated.

The report contained the case file of the probe, evidence and findings as well as testimonies from Kyari and other persons and groups linked to the matter.

A Federal Bureau of Investigation agent, Andrew Innocenti, had in a document titled, ‘Criminal Complaint By Telephone Or Other Reliable Electronic Means’ filed before the United States District Court for the Central District of California, alleged that Hushpuppi contracted Kyari to detain a co-conspirator, Chibuzo Vincent, for threatening to expose the alleged $1.1m fraud committed against a Qatari businessman.

The agency also said Hushpuppi paid $20,600 into a bank account provided by Kyari. The court ordered that Kyari be detained for 10 days.

Following the allegations, Kyari was suspended from service on July 31 by the Police Service Commission. He also appeared before the SIP where he was alleged to have denied the allegations.

But giving an update on the case on Saturday, a senior official explained that the IG has directed that the erstwhile Head of the Police Intelligence Response Team should be queried after which he would be referred to the Force Disciplinary Committee which handles cases of misconduct and unprofessional acts by senior officers.

It was gathered that the FDC’s recommendations would be sent to the Police Service Commission, which is expected to determine Kyari’s fate.

Our correspondent was equally informed that the in-house panel set up by the commission to study available documents related to the DCP’s indictment would soon round off its investigation, and submit its findings to the PSC management.

A reliable source stated, “The commission and the AGF got the police report last week but there is nothing for us to do at the moment. The IG has directed that Kyari should be queried. After answering the query, the matter would go to the force disciplinary committee which would make recommendations. The recommendations from the FDC would come to the police service commission and this would form the basis of the commission’s decision.”

The force spokesman, Frank Mba, a Commissioner of Police, promised to provide the status of the case when contacted but he did not respond to further promptings as of press time.