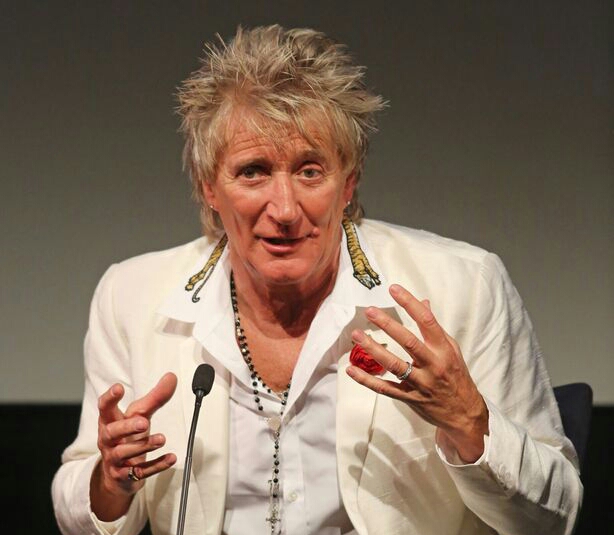 Legendary pop star, Rod Stewart has urged men to have their prostates checked after revealing he won his own battle with cancer because it was caught early.

The 74-year-old pop legend told how he was diagnosed with the disease in February 2016 during a routine checkup and secretly fought it for three years.

Stewart opened up about his prostate cancer during a fundraising evening with former Faces bandmates Kenney Jones and Ronnie Wood.

Experts said revealing his battle could help save other lives as early stages of the cancer are symptomless and only a test can detect it.

Rod, famed for his sense of humour, even cracked a joke about going public.

He said he warned wife Penny Lancaster he was going to use the evening to “come out”.

The 48-year-old Loose Women star replied: “Tonight would be a nice night to come out of the closet.”

The singer said: “No, it’s not what you think. Two years ago I was diagnosed with prostate cancer.”

Ronnie, who has battled lung cancer, put his hand on his pal’s shoulder as the audience of 500 reacted in shock.

He added: “No one knows this, but I thought this was about time I told everybody. I’m in the clear, now, simply because I caught it early. I have so many tests.”

Addressing men, he pleaded: “Guys, you’ve got to really go to the doctor.”

And he had the crowd in stitches when he said: “Finger up the bum, no harm done.”

Dad-of-eight Stewart told how he kept positive throughout his treatment for the disease, that kills 11,000 men every year.

He said: “If you’re positive, and you work through it and you keep a smile on your face… I’ve worked for two years and I’ve just been happy, and the good Lord looked after me.”

He then shared a hug with Ronnie, 72, to an emotional round of applause. The Rolling Stones guitarist told him: “Somebody up there likes us, Rod.”

The star, who was told he was in remission in July, then launched into an enthusiastic rendition of Maggie May and performed a floss dance as the crowd went wild.

The charity event to raise money for the Prostate Project and European Tour Foundation was at the Wentworth Club in Surrey.

Kenney’s wife Jayne and Ronnie’s wife Sally were also there with Penny.