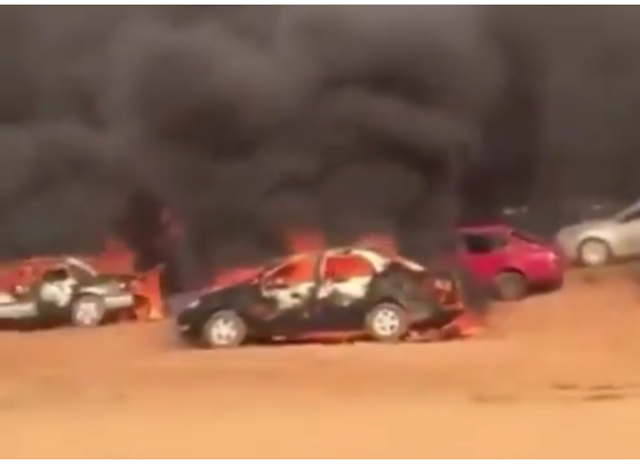 Over 200 cars were reportedly burnt by armed thugs allegedly sponsored by some persons to disrupt the #EndSARS protest in Abuja.

It was gathered that the police surrounded the protesters around 1:00p.m on Monday in an attempt to disperse them but were resisted.

According to reports, the hoodlums stormed the venue of the protest in the early hours of today and descended on the demonstrators while the police watched on.

A truck belonging to the Disc Jockey, who had been playing music to the crowd was set ablaze by the thugs.

It was also gathered that the attackers shot at the protesters, injuring many of them in the process.

Despite the attack on them, the demonstrators have vowed to return to the place and continue with their protest.