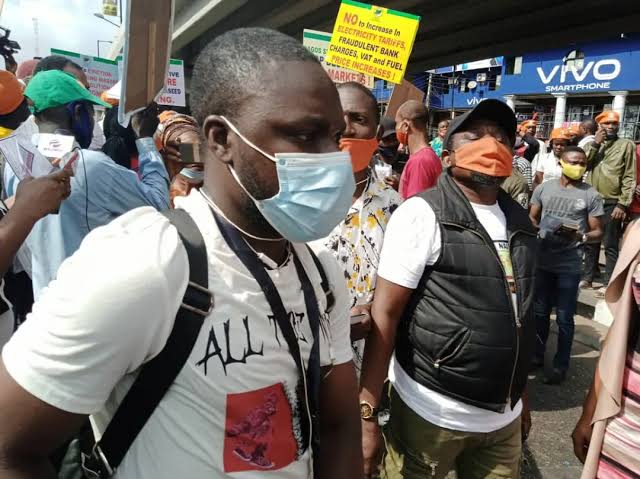 Students, workers, and civil society groups took to the streets of Ibadan, the Oyo State capital, on Tuesday, to protest the recent hike in the price of petrol as well as the increase of electricity tariff.

The protesters, carrying placards with different inscriptions to convey their displeasure and disapproval, chanted anti-government songs as they moved along the street.

They condemned the policies of the President Muhammadu Buhari-led government describing the recent increment in the prices of electricity and fuel as wicked and lacking sound judgment.

The Chairman, Joint Campus Committee of the National Association of Nigerian Students, Mayowa Opakunle, speaking during the protest said: “We are out on the streets to register our grievances and show our displeasure at the wicked policies and unjust treatment of Nigerians by the Federal Government.

“We say no to fuel price hike and electricity tariff increment at this period when many people have lost their jobs, many have not even been paid salaries for the past six months.

“Prices of food, other goods and services have continued to increase while salaries are either being slashed into half for so many while others don’t even get at all.

“But despite these hardships, the government has continued to increase prices of commodities. The consistent show of ineptitude and cluelessness on the part of the President and his cabinet is worrisome.”