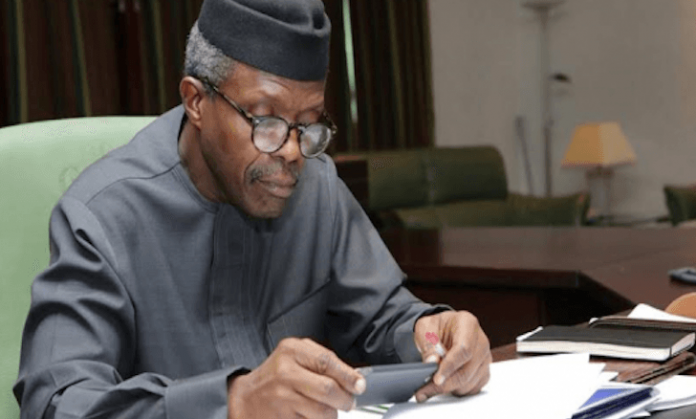 A 10-man working committee has been set up to find a lasting solution to the killings in the different states of the federation by herdsmen.

The committee which is headed by Vice President Yemi Osinbajo was set up by the National Economic Council, NEC.

The governor of Kano State, Abdullahi Ganduje, made this known on Thursday while speaking with State House correspondents at the Presidential Villa, Abuja.

Ganduje who spoke at the end of the 84th NEC meeting said the committee would work with the federal government to address the problem impunity as it concerns killings and violence.

He assured that those guilty of involvement in violent activities would be brought to book.

The council also approved the resolution of the 59th national council on health which states that between one per cent and five per cent of the monthly allocation to states be earmarked for financing the implementation of the HIV/AIDS sustainability roadmap.

READ ALSO: Benue govt does not own militia group —Ortom

The approval followed the presentation by the Minister of Health, Prof. Isaac Adewole.

The intention of the move is to achieve funding for HIV/AIDS services in the country to be able to eliminate   HIV/AIDS by the year 2030.

His words:  “The increase will reduce dependence on donor funding for  HIV/AIDS services and the attendant development implication.

“They also called for HIV treatment that will lead to increased life expectancy in the country and the proportion increase in GDP.”

He stressed:  “They added that the need to invest in HIV/AIDS is imperative because donor funding is in the decline due to the global economic circumstances. Reducing the gap between those who require HIV/AIDS care and treatment and those who actually are able to access it, is another reason to investment HIV/AIDS.

“They ask council to approve the resolution of the 59th National Council on Health that at least between .5% to 1% of the monthly allocation to states be earmarked for financing the implementation of the HIV/AIDS sustainability roadmap.”